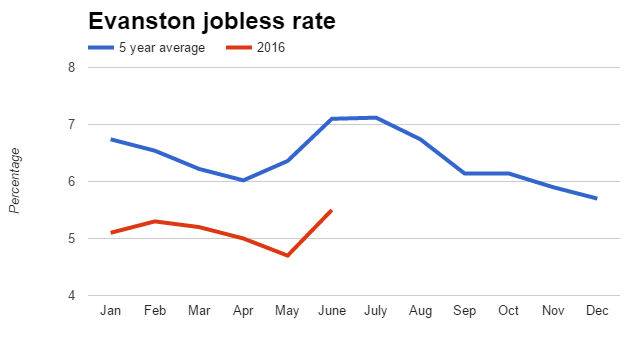 Evanston's jobless rate jumped last month to 5.5 percent, its highest level in more than a year. But the increase followed a long-standing seasonal pattern of rising unemployment at the start of the summer. 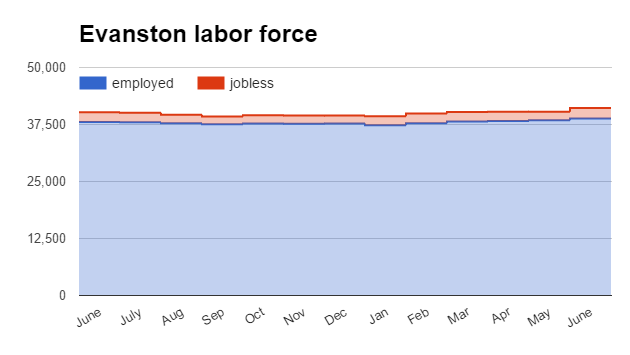 The city's total labor force — the number of people employed or actively looking for work — increased to 41,093 — its highest level since last July.

The jobless rate for the Chicago metro area rose to 6 percent last month, from a revised 5.4 percent in May. It was also 6 percent a year ago.

The statewide jobless rate in June stood at 6 percent, up from a revised 5.4 percent in May. It, too, was at 6 percent a year ago.

Forty-nine of the 107 Illinois communities with more than 25,000 residents had jobless rates lower than Evanston's last month — that's up from 33 in May.

Vernon Hills had the lowest jobless rate in the state last month at 4.0 percent. Highland Park was at 4.1 percent, Wilmette at 4.7 percent, Glenview at 4.8 percent and Skokie at 5.3 percent.

The worst jobless levels in Illinois last month were in Harvey at 12.7 percent, Dolton at 11.1 percent and East St. Louis at 10.5 percent.