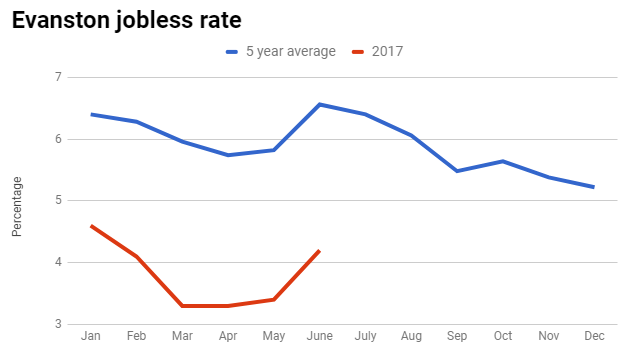 Figures released this noon by the Illinois Department of Employment Security show that the jobless rate rose from 3.4 percent in May to 4.2 percent in June.

Evanston’s jobless rate for June is still far below its average of 6.6 percent for June over the past five years.

Twenty-six of the 107 Illinois communities with more than 25,000 residents had jobless rates lower than Evanston’s in June. That was up from 25 in May.

Glenview and Wilmette were at 3.8 percent. Oak Park was at 4.3 percent and Skokie was at 4.4 percent.