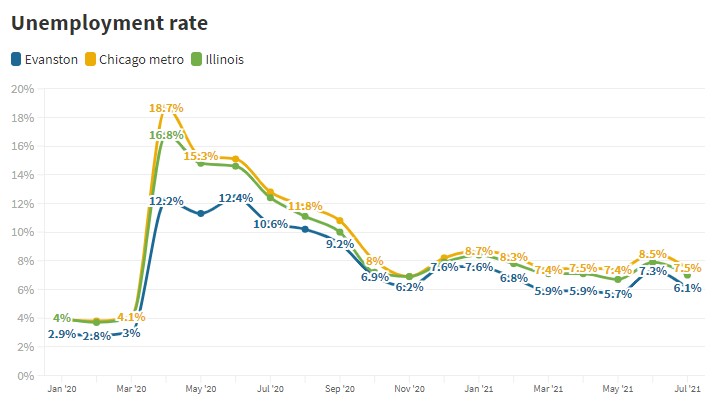 Evanston’s jobless rate fell by more than a full percentage point last month, in line with declines across the metro area and state.

The state jobless rate was 7.0% last month and it was 7.5% for the Chicago metro area.

That means 92 more Evanstonians were reported to have jobs in July than in June.