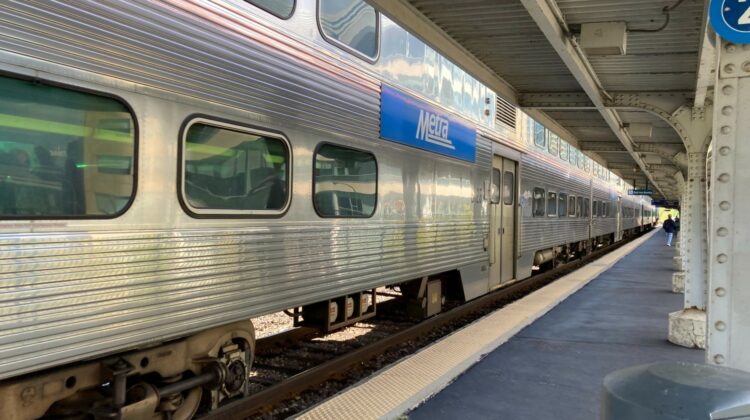 A federal judge has ruled that Union Pacific Railroad has the legal right to end commuter train operations on its three lines out of Chicago. One of those lines, UP North, has stations in Evanston at Main Street, Davis Street and Central Street.

Federal Judge Jorge Alonso, in the Northern District of Illinois, declared on Thursday that “nothing in … [the law] restrains Union Pacific’s ability to discontinue such services….”

However, this victory for the railroad does not necessarily mean the trains will come to a halt. Rather, it may put more pressure on Metra to reach an agreement with UP for Metra to take over operations.

Metra, the regional commuter rail operation, paid Union Pacific $61 million in 2019 for train operations and $37 million worth of in-kind services such as fuel and parts, according to the judge.

The UP-Metra dispute has been in court for two years. Union Pacific, which is primarily a freight railroad, wants to get out of the commuter train business. Metra currently pays UP to run the trains on UP-owned tracks and to provide on-board UP crew members and station agents.

That’s different than Metra’s eight other routes, where Metra staffs the trains with its own employees. Union Pacific wants that to happen on the lines it owns as well. Metra is not opposed to that, but negotiations have failed to reach a financial agreement which both sides can live with.

UP actually set a discontinuance date for earlier this year, although the trains kept running as the case moved through the court.

Judge Alonso has now rejected Metra’s position that Union Pacific needs federal permission to stop running the commuter trains, or, failing that, approval from the State of Illinois.

The judge said Metra’s “argument reflects a misunderstanding … of the law ….”

Kristen South, spokesperson for UP, told Evanston Now via email, “We are pleased with the court’s decision, and we look forward to our continued partnership with Metra.”

South stated that the company has always said that “we want to work collaboratively with Metra to ensure a smooth transfer of service with no disruption to passenger service.”

It is unclear if Metra will appeal. Spokesperson Michael Gillis told Evanston Now “we are reviewing the ruling and our options.”

However the trains are operated, they have been carrying far fewer passengers than usual during the coronavirus pandemic, which has seen many commuters working at home instead of taking the train downtown.

In pre-pandemic 2019, Metra carried 74 million passengers system-wide. Last year it was only 18.6 million,

On the UP North line through Evanston, the most recent monthly count of 217,520 rides taken in August more than doubled from just 92,450 in August last year. But that’s still less than a third of pre-pandemic ridership in August 2019 of 760,506.