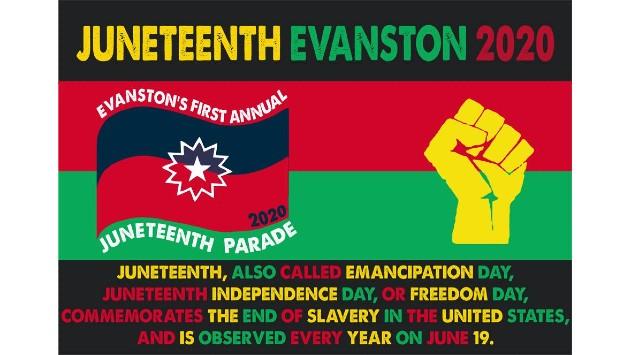 Evanston will have its first Juneteenth parade — although only virtually — this evening.

The program, celebrating the day in 1865 when Union soldiers arrived in Gaveston, Texas, to inform enslaved people there that they were finally free, is organized by Kemone Hendricks of Evanston Present and Future.

The event will be streamed live on Facebook at 6 p.m. and will feature singing, dancing and reflections bey Evanston community leaders as well as an interview with Opal Lee, a 93-year-old Texas resident who began a petition asking Congress to recognize Juneteenth as a national holiday.