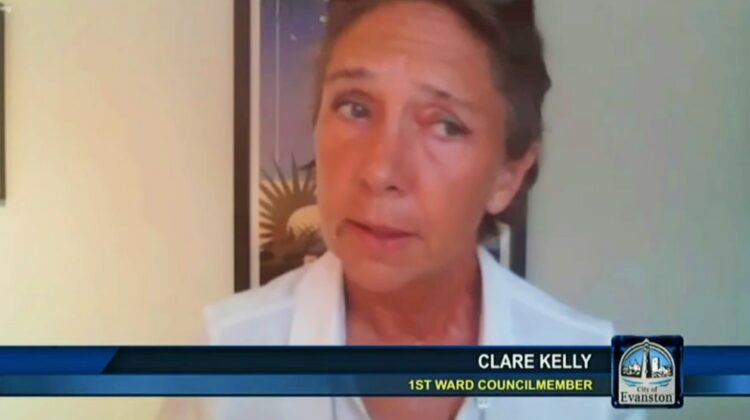 Kelly, elected to the Council in April, raised questions about various spending items.

But city staff said the Council had budgeted for the projects last fall and approved starting to spend funds to construct many of the projects in February and would soon run out of money to pay bills for projects already underway if the bond issue wasn’t approved.

Kelly has argued that the city should borrow less and instead pay for more projects out of current tax revenue to reduce debt and the accompanying interest payments.

Ald. Peter Braithwaite (2nd) said the projects included in the proposed bond issue, which is capped at $18.5 million, have been discussed for years and have been part of the city’s capital improvement program.

Kelly argued that the bond issue proposal should be referred to the newly-created Budget and Finance Committee, but Mayor Daniel Biss said that committee is not expected to have all its members appointed until September.

Ald. Melissa Wynne (3rd) said delaying the bond issue now would cost the city money and suggested that the new committee could take the close look at spending plans that Kelly wants for next year’s budget.

Kelly’s motion to refer the bond issue to the new committee failed on a 4-5 vote with Ald. Bobby Burns (5th), Ald. Devon Reid (8th) and Ald. Cicely Fleming (9th) joining Kelly in voting in favor of it.

The vote to introduce the bond ordinance then carried 7-2 with Kelly and Reid voting no.

Final approval of the bond issue is scheduled for the Council’s Aug. 9 meeting.