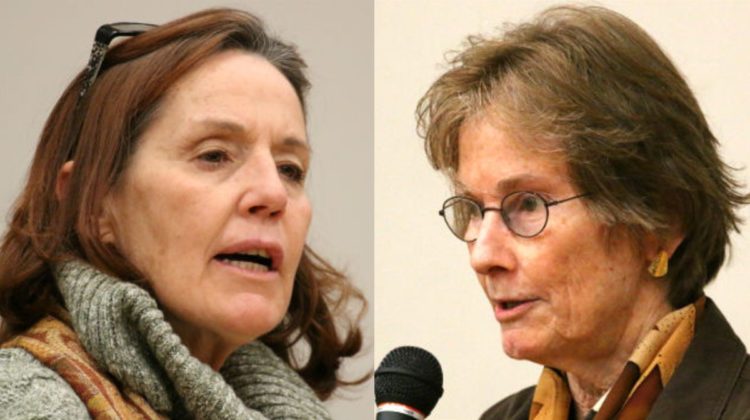 Evanston Now asked them to respond to questions about several key issues in the city.

QUESTION: Do you support the 7% reduction in sworn police staffing implemented this year by City Council? Do you favor more police staffing reductions in the future, and, if so, what would you do with the money should there be any savings?

REVELLE (Incumbent): Does support the reductions/vacant positions eliminated or not filled. Use that money for alternative response model –- social workers/mental health workers. Any future changes or reductions in PD would require a staffing/operations study. “How many officers do we really need in Evanston?” This will lead to community conversation. If more future $ savings, use for alternative responses: “one of my top priorities.” Will also save on demand for police officers’ time. Additional training for 911 call takers regarding mental health calls.

ROSINSKI: Supports recent reduction. “Take it step by step in the future to see what we need.” If there are future savings, use for social service responses, but first analyze calls to see what is needed. See if there is “a more efficient way to deliver services” while “not over-policing people of color.” Does not believe police are “inherently bad,” most are community oriented, but must acknowledge institutional racism through history.

ROSINSKI: Look at other cities to see what is working. Evanston can become a “more friendly place” for business and customers. “Over-ticketing” is a disincentive for people to shop/dine here. Study the real costs due to lost business revenue. “We have to compete with the surrounding communities.” Do more than just add more bars. People need more reasons to come downtown. Perhaps arts-oriented groups could divide up theaters into multiple different venues. “Need to enhance local arts.” Was against (the failed proposal to) selling the Noyes Center. Tax incentives OK as long as not give one business an advantage over others.

REVELLE: Favors a number of incentives, micro-loans, small grants to help small business startups and help existing small businesses stay open. Streamline the permit process. “Small steps” can have impact. Evanston’s real strength is unique local shops/experiences you can’t get online. “Play up that strength.” Work with business associations such as Downtown Evanston, Central Street and Main Dempster Mile. Acknowledge that recovery from pandemic will be difficult: “It’s going to be a struggle, but because of our small businesses and our access to transit we’re in a position for a strong recovery.”

QUESTION: What specific programs, if any, do you favor to increase the amount of affordable housing in Evanston, and should any city subsidy be involved?

REVELLE: City has inclusionary housing ordinance, but only about 77 units brought on line since 2003. More in the pipeline, but “a drop in the bucket” compared to the need. More “tools” required, such as revisions to the zoning code (“comprehensive look”) to allow different unit sizes and lot sizes in all neighborhoods. Good steps taken on auxiliary dwelling units/coach houses. Look at use of irregularly shaped lots. 2-3 family buildings ok in single family zones. Need to finish the work of the affordable housing plan steering committee.

ROSINSKI: Evanston should be affordable across the board. “Middle class has been squeezed.” Need to know what income is targeted by buyers/renters. Inclusionary housing ordinance has not worked due to low number of units/mostly micro and 1BR when larger units needed for families. Define the number of units needed citywide. Work with existing landlords/older units cost less. Possible city subsidy to help people into existing housing. “So wrong” to put a large building next to a small house. People need “a certain amount of confidence in what they’re buying in order to invest in our town.”

QUESTION: Do you think that the recent 1% property tax increase, the smallest in years, was too high? If you would like a tax cut, what services would you reduce due to lower revenue? Do you see any untapped sources of revenue, such as the sale of city assets such as perhaps the Civic Center?

ROSINSKI: Council is “spending our money so poorly I resent it as a taxpayer.” Would not have voted for 1% property tax increase/cut other things. We “haven’t begun to look” at where to reduce. If sell city assets, need full disclosure on where the money would go. Must think of the consequences. Can’t just spend it. Robert Crown Center was too costly. Other communities get “more bang for the buck.”

REVELLE: Budget draft had 5.9% property tax increase. Would have liked zero, but got it down to 1%. Further reduction would have meant staff and service cuts. “Residents here have high expectations” for services, and residents “would not have been happy” with reductions. If Civic Center were to be sold, some of the money would probably be used for a new civic center, with the rest paying down debt or building up reserves, not for daily operating expenses. Should try to get more revenue from NU.

QUESTION: Do you favor increasing the reparations program/fund, leaving it the same, reducing it, or even eliminating it?

REVELLE: Supports the program and the decision to dedicate $10M from cannabis tax, which “only begins to repair the harm.” Premature to say where additional money may come from, as have not even distributed the first $400,000 for housing. Possibly more cannabis tax dollars in the future.

ROSINSKI: Necessary and important initiative. Need to find ways to increase the fund. Sale of Civic Center? No answers yet, but need to find “unity” on how to do it. $25,000 housing grant not too helpful in building generational wealth through home ownership. Must re-engage the community on how the money will be distributed because “people feel railroaded.”

QUESTION: Are there any Ward-specific issues you would like to mention?

ROSINSKI: Zoning around NU football field and arena. Council “threw out the zoning” and “handed” NU the right to have for-profit events, “without getting anything in return.” “Huge issue.” Says originally promised $600,00 went down to $200,000. Resident involvement needed for any redesign of Green Bay and Central intersection.

REVELLE: NU athletics campus has “huge impact.” Generates revenue but also “bad fan behavior” and parking problems. Council OK’d professional sports and entertainment at athletic campus “over my strong objection.” Need to strongly monitor how this is carried out once the pandemic ends and private events can occur, due to big impact on community.

QUESTION: A survey by Evanston Now about how well city government serves residents’ needs saw a majority of respondents saying they were at least reasonably satisfied, on a scale of 1-7. If you are a non-incumbent, how do you convince voters to elect you if many people are satisfied with how things are now? If you are an incumbent, do the survey results indicate that changes are not needed?

REVELLE: I see these results as showing “general satisfaction with the city services and the direction the city is moving.” Public sees we are working on issues such as housing and equity. “They see we are working on the critical issues and they are supportive.” If re-elected, wants to focus on affordable housing, alternative emergency response and climate action: “It’s really important for Evanston and for our planet to make some progress.” Need additional resources to make headway on our “big goals.” Working on “creative ideas” to get such resources.

ROSINSKI: While some are satisfied, “What can I do to make it even better.” Need more work on the “culture of the city.” While services are generally good, people still need to feel “happier to be here.” “More liveliness” in some other places. Need serious commitment/possible incentives to green-friendly development. Crown Center “so anti-green it’s almost frightening.” Community, not staff, needs to decide meaning of “public benefits.”