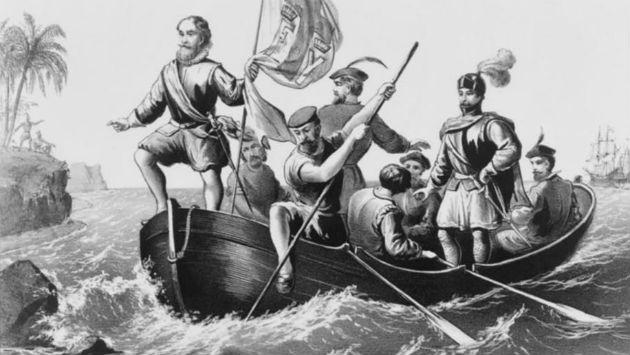 The Evanston-based Mitchell Museum of the American Indian issued a celebratory press release Wednesday announcing that the City of Evanston is replacing Columbus Day with Indigenous People's Day.

But it appears the celebration was a bit premature.

City Manager Wally Bobkiewicz says that although Mayor Elizabeth Tisdahl was planning to issue a proclamation designating Oct. 10 as Indigenous People's Day, she hasn't done it yet, and the city had planned to issue a joint news release with the museum about the designation closer to the day.

He added that since the city doesn't formally observe Columbus Day in any way now, it wouldn't actually be replacing an observance honoring the man credited with the discovery by Europeans of the new world.

Columbus Day has been a federal holiday since 1937, which means non-essential federal workers get the day off. But observances vary in states and localities across the country.

In Evanston city government offices and public schools remain open on the day.

Bobkiewicz says that if the city more formally observed Columbus Day, the mayor would have requested approval for any name change through the City Council.

And he says anyone interested in having a day proclaimed in honor of something can contact the mayor's office.

The consequences of Europeans learning about the Western Hemisphere, of course, turned out to be dire for the peoples already living here, and as early as 1992 that liberal bastion, Berkeley, Calif., decided to rename the day "Indigenous People's Day" and it's been joined by a moderate-size list of other communities since then.

Columbus, although he sailed for the Spanish crown, was Italian, and his day has been historically celebrated as an Italian ethnic holiday. It's not known whether any of the estimated 5 percent of Chicago area residents who identify as Italian might object to the mayor's apparent preference for honoring a different ethnic group on the Oct. 10 non-holiday in Evanston.