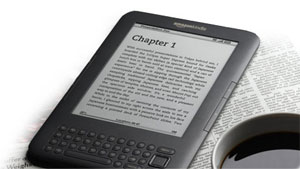 As part of a national roll-out of service to libraries, electronic books for Amazon's Kindle device are now available from the Evanston Public Library.

It's been several months since Amazon promised that the library service would be available, and the service reportedly now is available at 11,000 libraries nationwide.

It reportedly works with most existing eBooks and using any Kindle device or free Kindle apps for other mobile devices running Apple, Google Android and other operating systems.

Instructions for how to use the new service are available on the EPL website.

Electronic books have been a small, but growing part of the Evanston library's circulation, reaching nearly 2 percent of the total last month, despite the unavailability of service for the Kindle, considered the most popular e-book device.