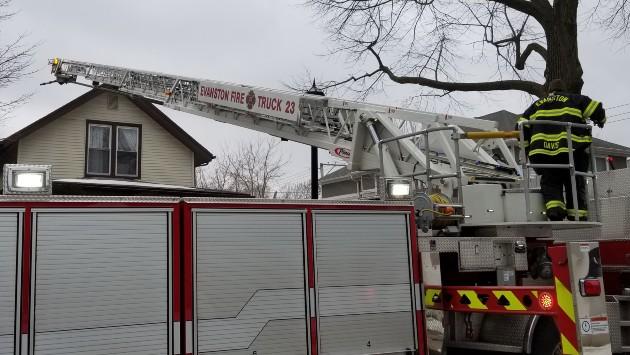 Evanston fire crews were called out late this morning to a fire that started in the kitchen of a home at 1832 Brown Ave.

The first firefighters on the scene noticed smoke coming from the kitchen and they were able to extinguish the fire quickly.

Traffic on Emerson Street was blocked by fire apparatus and hose lines while crews were on the scene.