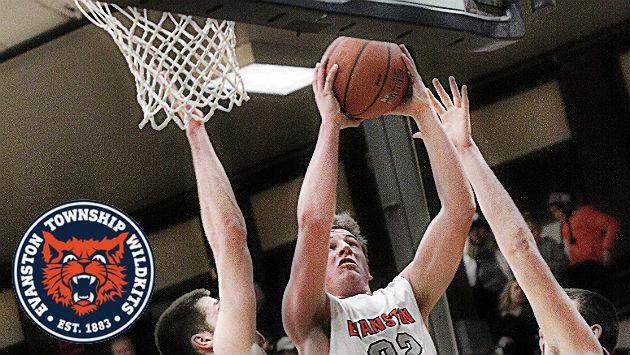 Evanston’s basketball team isn’t back on track yet. And with the one-loss-and-you’re-done Illinois High School Association state tournament series set to start next week, time might be running out on the Wildkits.

Once ranked 5th in the state of Illinois in Class 4A, the Wildkits stumbled to their third straight defeat to conclude the regular season Wednesday night and fell to 21-5 on the year.

Deerfield’s Jeremy Sernick drained a free throw line jumper with 1.2 seconds remaining to complete a 60-59 comeback win for the host Warriors in the Central Suburban League Showcase crossover championship game. Evanston enjoyed a 12-point advantage with 10 minutes left in the game, only to be outscored 20-11 in the fourth quarter.

Two late ETHS turnovers — the last one with 15 seconds remaining — allowed CSL North division champion Deerfield to improve to 26-3 on the season. The Warriors own the No. 2 sectional seed, behind Evanston, in the Glenbrook South Sectional.

“I felt like everyone was sitting back waiting for Nojel (Eastern, who was held to 6 points by Deerfield’s double-team tactics) to come out and score 30 points, and that’s not how we win,” said senior forward Dylan Mulvihill, who led the losers with 19 points and 9 rebounds. “We have to hold ourselves accountable tonight. Everyone was sitting back and waiting for someone else to step up.”

“In the fourth quarter we stopped paying attention to the scouting report on how we needed to defend each of their players, and their sets,” said classmate Charlie Maxwell. “We got too comfortable and we stopped focusing on defense. We stopped playing.”

“We had a nice little lead, and we thought we could score at will against them,” said guard Tre Marshall, who along with Eastern and Mulvihill was recognized in pre-game ceremonies for earning all-CSL South honors. “Then they were getting stops — and we weren’t.”

Evanston still led 59-56 with 46 seconds remaining after sophomore Dravon Clayborn split a pair of bonus free throws. But the Warriors answered with two free throws from Jordan Sherman (16 total points), then sprung a pair of traps on the Kits on defense.

The first time, Malik Jenkins called a timeout to prevent a possible turnover. But then Clayborn was tied up for a jump ball by Deerfield’s George Thompson, and the alternating possession belonged to the hosts. Then Sernick found himself open at the free throw line — and didn’t miss.

Guard Jordan Baum paced Deerfield with 23 points, including a 6-of-7 effort in the fourth quarter to help the hosts climb back after trailing 48-40 to start the period. Clayborn and Chris Hamil backed up Mulvihill with 7 points apiece for ETHS.

ETHS head coach Mike Ellis was unavailable for comment but another senior, Micquel Roseman, said it’s clear what he and his teammates need to do to turn things around in time for next Tuesday’s regional tournament game at Warren against either Glenbrook South or Warren.

“Coach Ellis has the formula for us because he’s been Downstate before (at Peoria Richwoods),” Roseman pointed out. “We have to remain focused and do what our coaches say.”