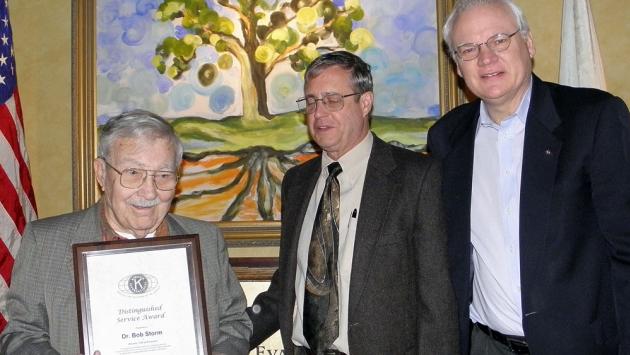 The Kiwanis Club of Evanston has named one of its newest awards for one of its oldest members.

After honoring Dr. Robert Storm for his 60 plus years of service to the club at the group's 90th anniversary luncheon last month, club members decided to present a Robert Storm “Young Citizen of the Year”  award beginning in 2012.

Storm travels each Tuesday from Arlington Heights to the club’s Tuesday luncheon at Gio restaurant.

For over forty years he served as the club’s secretary.   Today he gets his greatest pleasure from reading a weekly joke and most days other club members do, too, though there is an occasional groaner.

Dr. Storm maintained a veterinary practice in Evanston and in Skokie during his professional career.

Information on the Robert Storm “Young Citizen of the Year” presentation will appear
early in 2012.  The first award will be made in May, 2012, and will be open to Evanston youth from age 12-20.