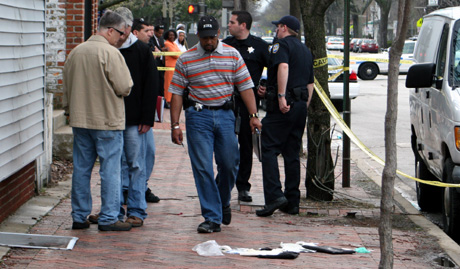 Evanston Police Chief Richard Eddington says a man was shot to death in a confrontation with police this afternoon at 1810 Church St.

Police were on the scene into the evening following the incident which happened shortly before 4:30 p.m. Early this evening Police Commander Tom Guenther said three police officers responded to the call of a man wielding a knife in a dispute with his landlord.

Police Chief Richard Eddington, left, and other officers on the scene in the 1800 block of Church Street.

Eddington confirmed that the shooting took place after the man pulled a knife on an officer.

The officer sustained a knife wound to the hand. 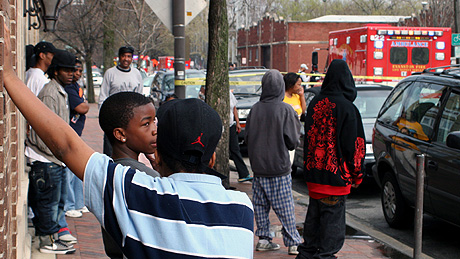 Church Street was still blocked to traffic between Darrow and Dodge Avenues at mid-evening.

State police investigators have been called in to conduct the investigation, as they are with any police-involved shooting incident.