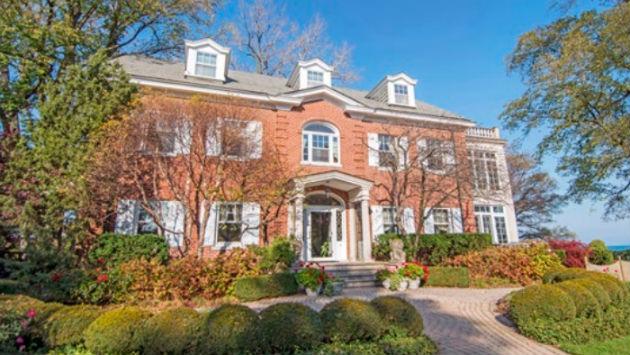 A century-old lakefront home in Evanston has just gone on the market for $5.29 million — and if it brings that price it would top the highest selling price ever for a home here by more than a half-million dollars.

The Colonial-revival home at 115 Dempster St., on property that was once part of the estate of architect Daniel Burnham, was built in 1911 and designed architect Ernest Mayo.

The property hasn't always been as high-tone as it is now. Owner John Henderson told Chicago Real Estate Daily that it once was the site of a lakefront coal depot.

Henderson, the former owner of a software and data firm for the pharmaceutical industry, and his wife Eileen bought the home for $1.4 million in 1992. He says they've invested over $3 million in renovations over the years.

The 10,000 square foot, six-bedroom home on a three-quarter-acre lot includes a third floor family room that opens out onto a lakeside terrace.