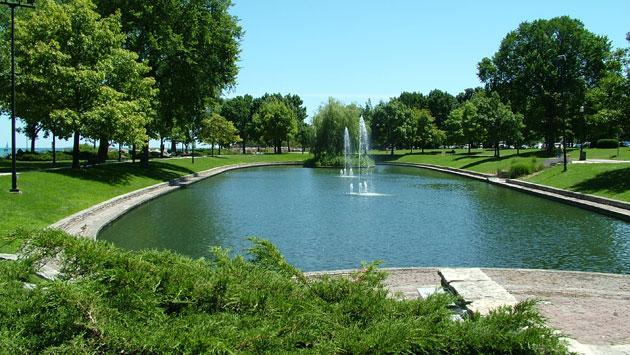 Evanston officials gathered at the Dawes Park Lagoon this afternoon to thank The Arrington Foundation for a $500,000 donation to fund its renovation. 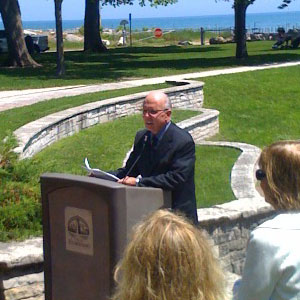 The grant, announced by Michael Arrington of Evanston, is being made in honor of his late father, a Republican who served in the Illinois legislature representing Evanston from 1945 to 1973.

Mayor Elizabeth Tisdahl said, "the Arringtons are part of the Evanston political tradition" and that the renovation "will be a very fitting tribute."

The 4.5 acre lagoon is one of the City's main lakefront attractions and was first constructed in the 1930s.

Arrington noted that the foundation's donation will be matched by a $100,000 appropriation from the city and by an anticipated $400,000 grant from the state.

Assuming the state grant is approved, work on the project is expected to begin in mid-2013.

Subject to City Council approval, the city plans to rename the facility the Arrington Lakefront Lagoon in recognition of the donation.

Top: A view of the lagoon. Above: Michael Arrington announcing the donation as Mayor Tisdahl, right, looks on.