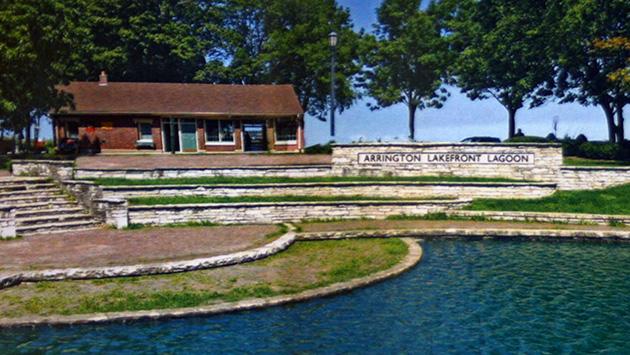 The Evanston City Council tonight is scheduled to approve a nearly $1.4 million contract to renovate the lakefront lagoon in Dawes Park.

The project is being funded with a $500,000 donation from the Arrington Foundation and a $400,000 state grant, with the rest of the funds coming from the city's capital improvement program.

In return for the donation, the city is renaming the lagoon in honor of the late W. Russell Arrington, who long represented Evanston in the Illinois House and Senate.

The prominence of the signage acknowledging the donation came in for some criticism last year at the Preservation Commission, but the commission ultimately approved the appropriateness of the plan on a 5-2 vote.

The project was originally scheduled for completion last year, but the city decided to postpone it after the original bids came in above estimates.

City staff is recommending awarding the contract to Clauss Brothers Inc., of Streamwood, which bid $1.39 million for the project

G.A. Johnson & Son of Evanston submitted a substantially lower bid, of $1.12 million, but was disqualified because it did not propose to do at least 50 percent of the non-specialty work on the project itself, as required by the bid documents.

The donation from the Arrington Foundation was announced in June 2011.

The planned work will reconstruct and widen pathways, patio spaces and the stage area at the lagoon, repair and reconstruct stonework around the lagoon, improve the lagoon plumbing and mechanical systems and make other repairs.

The lagoon is the scene of frequent summer concerts and provides the centerpiece for lakefront art festivals.