Evanston’s Preservation Commission Tuesday approved the destruction of a vacant lakefront mansion and the construction of a new one in its place. 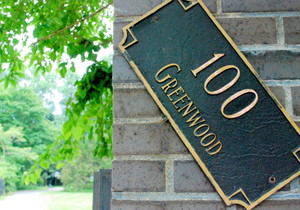 Marc Bushala, owner of 100 Greenwood St., cited aesthetic issues with the current house. Previous owners have made additions to the structure, and the architecture of the additions is inconsistent with the style of the original house, he said.

“This has been an abomination for years,” commissioner Emily Guthrie agreed.

So, the property owner decided to scrap the house and start from scratch. He and his architects presented the design for the new house to the commission.

The new house, which would be located in a historic district, would look different than nearby homes.

“We’re not trying to make a house that looks like it was built in some other era,” architect Chip von Weise said. The area already lacks architectural consistency, so contemporary architecture would not stand out, he said.

The design does achieve some consistency with other houses in terms of mass and by adopting vertical windows and a stone stile base, which are common in neighboring houses, he said.

Further, the new design scraps the current house’s swimming pool and provides a garage that is partially underground.

The design also includes a green roof and may include solar panels depending on the Bushala’s budget.

One neighbor, however, requested that the commission postpone deciding on the plan until he could discuss it with Bushala.

The neighbor, Dermot Collins of 113 Dempster St., said in an email to the commission that was read during the meeting that the new design would violate a 1995 privacy covenant signed by the previous owners of 100 Greenwood St. and adjacent properties.

Bushala responded to the concerns in his own e-mail and reiterated his points during the meeting. He also said that the covenant, being a civil issue, was not the commission’s concern.

The architects already shifted the proposed house to the north after neighbors said before the meeting that the new house would block their view of the lake.

The commission went ahead and approved the demolition of the current structure and the construction of the designed structure. 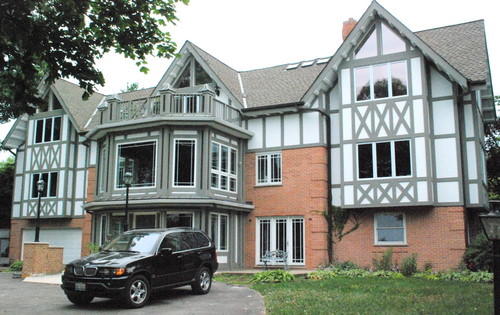 The existing home at 100 Greenwood St.

View 100 Greenwood in a larger map