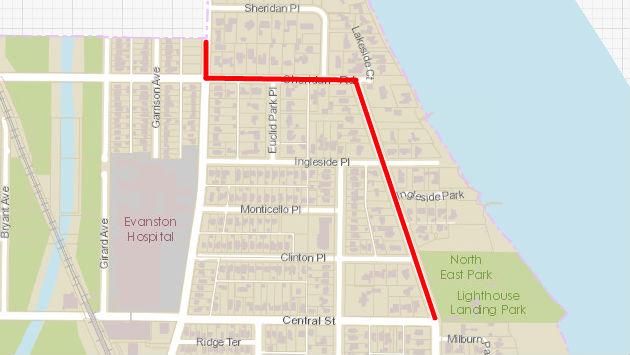 Residents living along Sheridan Road in north Evanston would be able to have visitors park on neighboring streets under a plan up for approval by the City Council tonight.

In a memo to aldermen, Deputy City Manager Erika Storlie says the vast majority of homes along the street have driveways and off-street parking, but the resident parking privilege would come in handy to provide “ample parking” for guests using visitor passes.

The Sheridan proposal is one of four parking changes on the council’s agenda tonight. Others would:

Editor’s note: An earlier version of this story mistakenly said that the residents along Sheridan Road would be able to park on Sheridan itself. The plan is to continue to prohibit parking there.