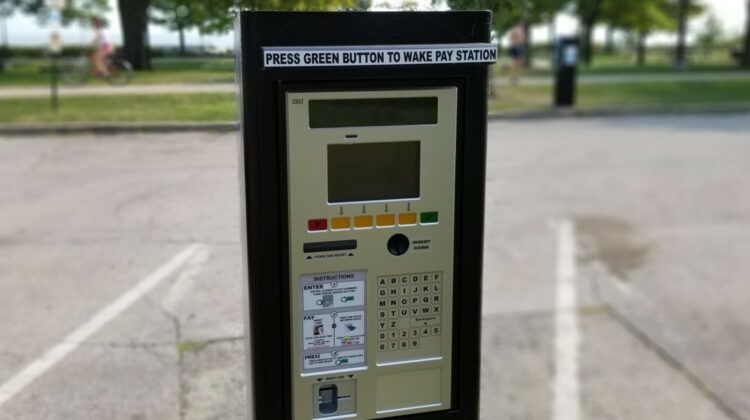 A pay station at Patriot's Park on the lakefront.

The program creates a new $3-per-hour fee for parking on five sections of the city’s lakefront, but exempts cars that are registered as having paid city city’s wheel tax.

Some residents complained on the 6th Ward Neighbors Facebook group last week that they didn’t see any signage explaining the exemption for local residents.

At Patriots Park on the lakefront this morning Evanston Now found that among the ten signposts and street light poles with information about parking restrictions on the block-long stretch just two had signs informing visitors of the parking exemption for residents.

There was no information about the exemption on the two pay stations installed on the block.

The new parking fee on the lakefront was adopted in part as an alternative revenue source after the City Council voted to provide free access to the city’s beaches for several days a week this summer. It’s also seen by city staff as a test of variable, demand-based pricing for parking in Evanston.