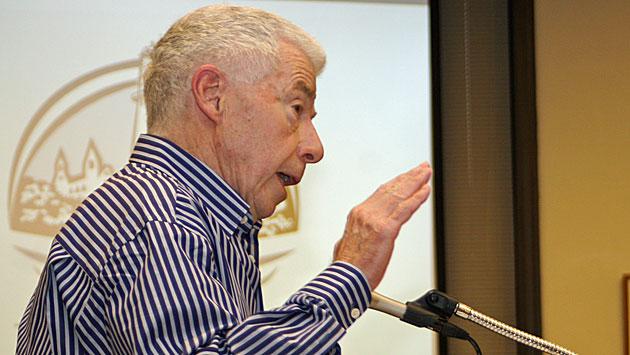 Demands from lakefront residents for ever more restrictive limits on bed and breakfast establishments appeared to backfire at the Evanston City Council Monday.

The aldermen voted 7-2 to reject a package of amendments to the city's bed and breakfast rules that were the result of months of negotiations.

The rejection came after Frank Cicero of 222 Lake St. and other speakers demanded that the city bar anyone from having an ownership interest in more than one B&B.

Such a provision would block what some neighbors believe is a plan by Col. James Pritzker, who last year won approval to open a B&B at 300 Church St. on the lakefront, to open any additional ones here.

Cicero, an attorney, also argued that letting bed and breakfast establishments be owned by limited liability companies would create a loophole to the one-per-owner concept.

But some aldermen said having ownership in a LLC or other corporate form was a key measure to protect owners from lawsuits and barring that option would make owning a bed and breakfast prohibitively legally risky.

Some speakers, including Alice Eagly of 324 Davis St., said they enjoyed staying in B&Bs themselves while traveling, but that they wanted the establishments to be few and far between here in Evanston.

She said the idea of letting someone have an ownership interest in more than one would be contrary to what she described as the original concept of a B&B — was an owner-occupant, live-in situation.

But Alderman Ann Rainey, 8th Ward, asked whether the city could legally limit someone to owning one pet store or other business in town.

And city attorney Grant Farrar said such ownership limits would raise serious equal protection and due process issues that he wasn't prepared to address immediately.

Despite the rejection of the proposed ordinance, it appeared that efforts to impose new regulations on bed and breakfast establishments might resume this fall after the aldermen return from their late-summer recess.