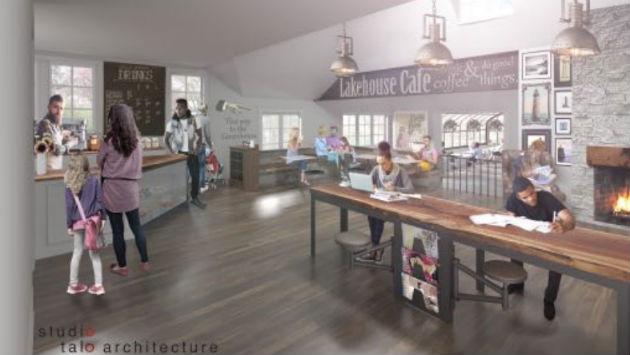 Members of the non-profit group seeking to reopen the lakefront Harley Clarke mansion are on track to being able to test their ability to raise funds for the project after an Evanston City Council vote Monday night.

The aldermen voted 8-1 to direct the city manager to draft a contract that would give the Evanston Lakehouse and Gardens group a 40-year lease on the building — but make the subject to the group hitting periodic multi-million dollar fundraising goals over the next three years.

Alderman Eleanor Revelle, 7th Ward, who proposed the resolution, said that if the fundraising targets weren’t met the city could consider other uses for the property.

She noted that the Lakehouse plan was the only response the city received to its request for proposals and said it should have broad appeal for the whole community.

Several other aldermen said they were worried that the fundraising goals might not be met. 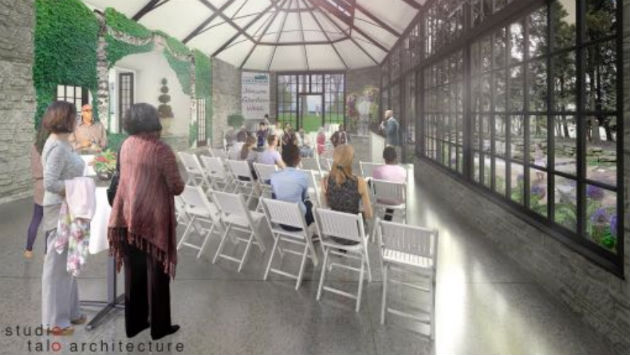 A rendering, from the Lakehouse proposal, of how the mansion’s conservatory might be converted to an event space.

City Manager Wally Bobkiewicz said he would need to work with the Lakehouse group to determine appropriate fundraising goals for each stage of the campaign.

The Lakehouse group has anticipated that the city would contribute $250,000 toward the project.

But Bobkiewicz said that money had already been spent to upgrade the foghouse buildings on the adjacent Lighthouse site, and several aldermen indicated that, given the city’s current budget constraints, they were unlikely to approve additional funding for the project.

There’s no money in the 2018 city budget for the mansion, Bobkiewicz said, and Alderman Ann Rainey, 8th Ward, asked, rhetorically, what additional employees the city would lay off to come up with such funds.

Bobkiewicz said he’d report back on the contract negotiations in time for the Council’s Jan. 22 meeting.

Leaders of the Lakehouse group told aldermen they are confident they can raise the funds needed for the project — that the lack of a lease with the city has been the major impediment to fundraising so far.

Alderman Judy Fiske, 1st Ward, said that if the fund drive wasn’t successful, the city most likely should demolish the mansion and try to restore the site to how it looked when first viewed by the early French explorers.