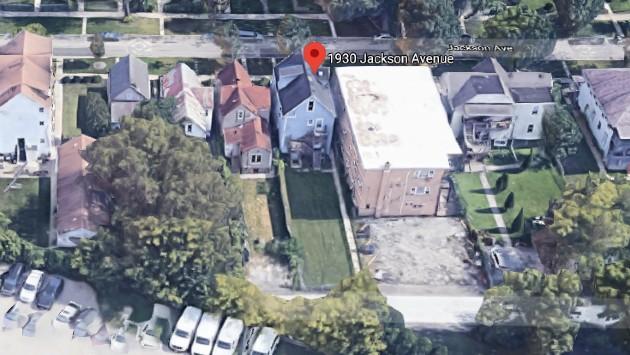 Two Evanston landlords failed in efforts Monday to block a plan to build an affordable accessory dwelling unit on a property at 1930 Jackson Ave.

Landlords Tina Paden and Carlis Sutton said they didn’t want the city to provide $190,000 in federal HOME funds for the project. Paden argued that the city should instead provide emergency housing assistance during the COVID-19 pandemic with the money.

“You don’t give money to small landlords like me,” Paden said.

The property at 1930 Jackson is owned by the Housing Opportunity Development Corporation which already provides two units of affordable housing in the building at the front of the lot.

HODC is a non-profit Community Housing Development Organization, and the city’s grants administrator, Sarah Flax, said that under federal rules the $190,000 could only be spent on a project sponsored by such a group.

A rendering of the proposed accessory dwelling unit, or coach house, at 1930 Jackson Ave.

The two-bedroom coach house is to be built by the Evanston Development Cooperative. Under terms of the forgivable loan from the city, HODC will be required to rent the unit to a family earning less than 60 percent of area median income for the next 20 years.

The City Council approved the plans on a 8-0 vote with Alderman Eleanor Revelle, 7th Ward, recusing herself because she’s a member of the EDC.