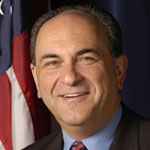 SPRINGFIELD — If Illinois lawmakers cannot agree on a new plan to add five casinos or override Gov. Pat Quinn's threatened veto this week, then gaming expansion could be on hold until the spring legislative session.

SPRINGFIELD — If Illinois lawmakers cannot agree on a new plan to add five casinos or override Gov. Pat Quinn's threatened veto this week, then gaming expansion could be on hold until the spring legislative session.

State Rep. Lou Lang, D-Skokie, told a legislative panel Tuesday morning that his new plan is the best chance now for Illinois to expand gambling and tap into the billions of dollars in revenue the new casinos would generate.

"If we don't make it happen this week — because of getting into a new session, because of the primary election, because of all sort of things — it is clear to me that we won't have a gaming (plan) to vote on until next April or May," Lang said.

Lang's new legislation is in direct response to Quinn's criticisms of the bill lawmakers agreed to last spring. That legislation approved not only five new casinos, but also allowed horse track owners to install slot machines at their facilities.

Quinn repeatedly has said he does not want slot machines at horse racing tracks, including the Illinois State Fairgrounds here. The governor has insisted that the Illinois Gaming Board be given more power and oversight.

"I'm sure even the governor would say we've made a good-faith effort to match up some of our ideas with some of his ideas," Lang said. "But again, the governor has not weighed in on this legislation."

Lang's proposal would allow for five new casinos, one each in Chicago, the city's south suburbs, Lake County, Rockford and Danville.

The new proposal limits the number of slot machine licenses for race tracks, and eliminates them from the state fairgrounds. Lang said his new legislation has about 7,000 fewer gaming positions than the spring proposal.

Lang dropped the airports from his legislation because of Quinn's complaint that gambling in the airports would "send the wrong message."

The other new casinos, under Lang's legislation, each would receive 1,600 slots and table games. Illinois' 10 riverboat also would add 400 positions each for a new total of 1,600.

Tom Swoik, president of the Illinois Casino Gaming Association, which represents and lobbies for Illinois' riverboats, said Chicago does not attract enough gamblers to play all of those slots and table games.

"We're not opposed to a casino in Danville, in Rockford, in Chicago, in Waukegan," Swoik told lawmakers Tuesday. "We are opposed to new facilities right next door to our existing facilities."

Swoik said Illinois' suburban riverboats are competing for the same gamblers, and the competition only will worsen under Lang's plan.

"With this many casinos, revenues could go down almost 20 percent at existing riverboats," Swoik said. "The four communities in the northern part of the state that share in the revenues generated by the riverboats in Joliet, Elgin have lost $2 million in their local share since the (Des Plaines casino) opened."

However, supporters of Lang's bill say the new casinos would not compete like the casinos in the Chicago suburbs.

But casino competition is not the only issue worrying lawmakers and the state's gaming industry.

Lang said he does not expect a vote until Wednesday, because he's working on finding the 71 votes needed for a three-fifths majority that would make the gaming legislation veto proof.

Lawmakers are scheduled to wrap up the fall veto session Thursday.