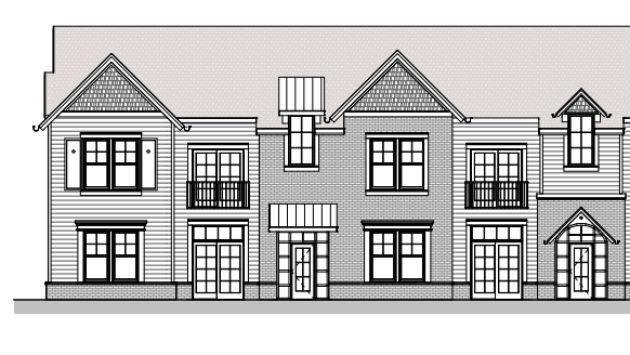 Schermerhorn and Company is proposing to tear down nine small single-story row houses it manages on Central Street in northwest Evanston and replace them with 14 larger apartments in a new two-story building.

Preliminary plans submitted to the City of Evanston call for replacing the six-decade old row houses at 3233-49 Central, which average about 750 square feet in size, with new two-bedroom apartments of about 1,150 square feet each. 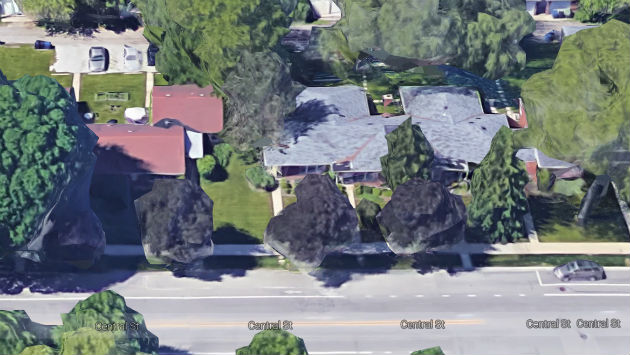 An aerial view from Google Earth of the four and five-unit row houses now on the property.

As proposed, the new building would be 31 feet tall, under the 35 foot height limit set under the property's R4 zoning.

Community Development Director Mark Muenzer says the city staff is now determining whether the project will be treated as a planned development or will just require some zoning variations.