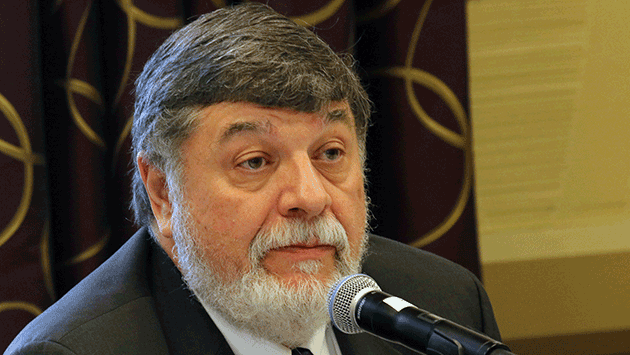 Cook County Commissioner Larry Suffredin has endorsed businessman Steve Hagerty in the runoff to be Evanston’s next mayor.

Suffredin had not made an endorsement during the mayoral primary, while his chief of staff, Brian Miller, was in what was then a five-way race.

But with Miller finishing third in the primary and out of the runoff, Suffedin has now endorsed Hagerty over the second place primary finisher, Alderman Mark Tendam, 6th Ward.

In an email message Suffredin said:

I love Evanston – our neighborhoods, our people and our community organizations. It has been an incredible honor to serve as your County Commissioner since you first elected me in 2002. As a longtime Evanston resident, I care deeply about ensuring we have the right leader for our community’s future – and that is why I am voting for Steve Hagerty for Mayor.

Steve has a dynamic approach to leadership and to Evanston issues.  He wants Evanston to be the boldest, strongest city in Illinois when it comes to fighting gun violence.  I serve as a Board Member of the Illinois Council Against Handgun Violence, and Steve’s passion on issues of public safety – particularly as it relates to our youth – is deeply impressive to me.  He has put forward real plans to address the most pressing issues in our city which you can review at www.SteveHagerty.com.

As a County Commissioner, I help oversee a budget of over $4.8 billion.  Government finances are complicated – but very important because they impact every aspect of our lives; from the property taxes we pay, to the safety net services we provide to our most vulnerable, to the quality of our schools and parks.

Steve’s background in municipal finance, which includes overseeing billions of dollars in funds to help communities recover from natural disasters, is truly impressive.  I believe he has the finance background our city government needs, coupled with the progressive values and priorities that we as a community share.

Steve’s vision was shared by the thousands of voters who gave him a strong first place finish in the February 28th Mayoral primary. Steve won every single ward in Evanston by significant margins.  He has worked hard throughout his career to make Evanston a better place.  And I am committed to working hard to help elect him Mayor of our great city.  I hope you will join me in supporting him.

Meanwhile, Miller, who is 9th Ward alderman, has been posting messages on Facebook suggesting that while he doesn’t much like either of the remaining candidates, he views Tendam as the less disappointing choice.