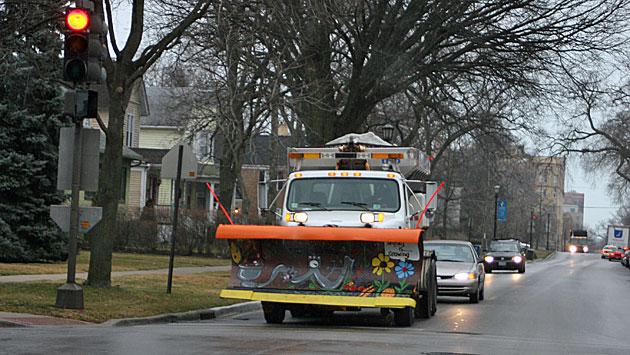 Evanston public works officials say crews will be out spreading anti-icing chemicals on streets overnight ahead of what's expected to be up to an inch of snow arriving early Monday mornig.

"One last poke from winter," Assistant Public Works Director James Maiworm calls it. Flurries could start around 4 a.m., and the snowfall should be over by 11 a.m. Temperatures are expected to be at he freezing point or a little above overnight, so Maiworm says most likely no more than a half inch of snow will stick on the streets.

He says crews will start spreading salt if conditions warrant.

The snow's not expected to stick around long though — thunderstorms and 60 degree temperatures are expected Tuesday night.