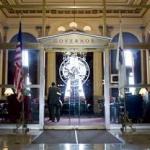 SPRINGFIELD — The closest Illinois lawmakers will come to agreeing with Gov. Pat Quinn's plan to close seven state facilities and layoff nearly 2,000 workers is an acknowledgement that state government could be trimmed.

SPRINGFIELD — The closest Illinois lawmakers will come to agreeing with Gov. Pat Quinn's plan to close seven state facilities and layoff nearly 2,000 workers is an acknowledgement that state government could be trimmed.

But few, if any legislators here, are supporting the plan Quinn outlined Thursday afternoon.

The governor wants to shutter a prison in Lincoln, a youth prison in Murphysboro and facilities for the mentally ill and disabled in Rockford, Jacksonville, Tinley Park, Dixon and Chester.

But Quinn said he has no choice.

"We clearly do not have enough money in the budget, that was appropriated by the Legislature in the spring, to pay the personnel and facility costs of a number of facilities and people who work for the state of Illinois," the governor said.

"He's attacking six out of seven facilities that are in Republican districts; he's holding some of the most vulnerable citizens of our state hostage," Brady said.

The Logan Correction Center in Lincoln will be a part of the district Brady is to represent under Illinois' new political map. State Sen. Larry Bome, R-Springfield, currently represents the area.

Brady, who ran on a platform of cutting state spending, said Quinn is cutting from the wrong areas.

"Had he done the hard work and systemically dealt with state spending, reforming the Medicaid system or reforming the State Board of Education where real savings could take place, we wouldn't have to see these antics," Brady said "

State Rep. Frank Mautino, D-Spring Valley, said even though many of the to-be-closed sites fall in GOP areas, Democratic and Republican lawmakers will fight the governor's plans.

"When you're talking about the closure of five (mental health and developmental) centers, there is a local impact regardless of where you're from," said Mautino.

Two facilities on the governor's closing list are inside the district of state Sen. Dave Luechtefeld, R-Okawville. The southern Illinois senator said workers at the Chester Mental Health Center and the youth camp in Murphysboro are being terrorized for nothing.

"I really think (Quinn's) main goal is to force legislators to give him the money he thinks he needs," Luechtefeld said.

Luechtefeld is quick to say it will be "months before something will happen" to these two facilities.

But state Rep. Jim Watson, R-Jacksonville, said, "I'm tired of dealing with chief executives who can't lead, that think that they lead with threats and by toying with people's lives."

The developmental center in Jacksonville is in the heart of Watson's district and he expressed concern for families whose relatives are being served at that center.

But Luechtefeld said legislative leaders, including House Speaker Mike Madigan and Senate President John Cullerton, both Democrats from Chicago, will decide what is to become of Quinn's closings, not the rank and file.

"There is a clear process to be followed in proposing any facility closings and initiating layoffs. The Senate President is confident that the Commission on Government Forecasting and Accountability will conduct a thorough review of the governor's proposals," said the statement.

Quinn said it would be January at the earliest before a facility can close or workers will be laid off.