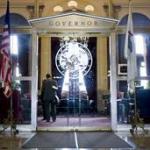 Quinn announced he was targeting seven down-state facilities for closure, because the General Assembly's $33.2 billion budget didn't give him enough money to keep the doors open and their 1,938 employees working. Quinn introduced a proposed budget of about $36 billion.

"Their recommendation, unfortunately, doesn't change the reality of the budget we're tasked with managing," Brooke Anderson, a spokeswoman for Quinn, said.

Quinn's office estimated the closures would save the state $313 million.

COGFA's vote is only advisory, meaning that Quinn still can close the centers.

"However, no administration has ever moved contrary to how the commission has recommended," state Sen. Jeffery Schoenberg, D-Evanston, and co-chairman of COGFA, said. "He could if he wanted to, but it would set a precedent."

Many state lawmakers opposed closing the seven facilities, which also include the Tinley Park Mental Health Center, the Jacksonville Developmental Center and the Logan Correctional Center.

Lawmakers on both sides of the aisle said they are open to using some of the $376 million that Quinn struck from the budget with his line-item veto to keep the facilities open.

House Republican Leader Tom Cross, R-Oswego, said that during a meeting with legislative leaders and Quinn on Thursday morning, the governor didn't immediately shoot down the idea.

"Reallocation was always discussed; it was always on the table," Anderson said.

Another plan lawmakers floated is to take money from other programs, like violence prevention funds, but Quinn has been quick to reject this idea.

"These (facilities) are much more important than some of the programs he needs to cut," state Sen. Dave Luechtefeld, R-Okawville, said.

Six of the seven facilities are in Republican districts, but Anderson denied that politics played any role in Quinn's picks.

Thursday's vote came after public hearings were held about the four facilities. If negotiations fall apart and Quinn decides to close the facilities, COGFA's vote could play a factor in a legal case.

"These hearings are so exhaustive, not just in testimony but in data that's required, especially the economic impact … that that frequently becomes some of the homework for an anticipated court challenge," Schoenberg said.

Similar votes will be held during the next week of three-day veto session, which starts Nov. 8, on the three remaining facilities.