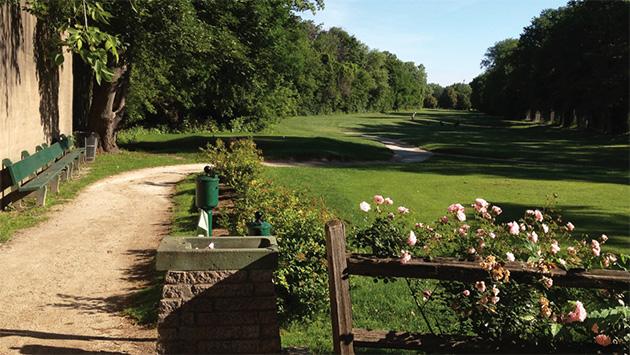 Canal Shores Golf Course, the 18-hole community golf course in Evanston and Wilmette, has named new officers and board members for its upcoming 100th anniversary year.

The Evanston Wilmette Golf Course Association, the non-profit organization that oversees operations of Canal Shores, elected the new board and a team of community advisers at its Nov. 20 meeting and announced plans for a major fundraising drive.

The executive committee includes the officers and the chair of the grounds committee, Mike O’Connor of Evanston. Officers serve two-year terms.

Leinberger previously chaired the governance committee and oversees efforts to oppose a proposed roadway easement on the 10th hole. He has been instrumental in helping Canal Shores navigate a variety of legal challenges.

He succeeds Chris Carey of Evanston who led the course through a period of dramatic growth and transition in the last two years as the board oversaw planning for golf course renovation, improvements and adoption of an ecological master plan; under his leadership the association broadened offerings including concerts and special events, with a greater focus on youth golf.

The board also elected six associate directors, Rick Bald, Ellen DePodesta, Matt Rooney, Sonja Nordahl, David McPherson, and Matthew Waskerwitz, all of Evanston. Associate directors serve two year-terms and participate on the Board, but do not vote.

The association also appointed 22 members of the community to serve as advisers. They bring skills and experience in marketing, financial services, business operations, golf management and youth golf programming. The board also works closely with designated representatives of the City of Evanston Department of Parks, Recreation and Community Services Department and the Wilmette Park District.

In a special presentation, the board recognized past president Perry Weinberg of Evanston for his years of service and elected him to emeritus status. Weinberg was an integral part of a 2012 effort to rebuild the association from the ground up.

2019 season passes and memberships are now being offered at discount rates for the holiday season. The association is also embarking on its annual end of year fundraising drive with the goal of raising $100,000 to fund golf course operations. Donations can be made online.

The Evanston Wilmette Golf Course Association Board of Directors meets monthly at the Legion Hall. The public is welcome to attend. These meetings, and committee and special meetings are posted on the association website.