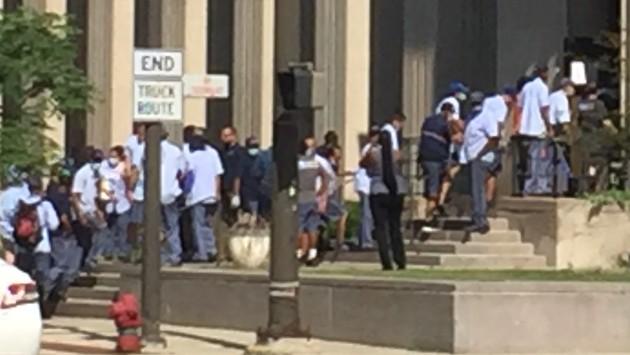 More than 50 uniformed letter carriers gathered outside the downtown Evanston post office this morning to honor a colleague who was killed in a car crash.

62-year-old Arthur Matillano died as a result of a three-car, chain reaction accident in Wheeling on Tuesday evening. Matillano’s wife Rowena told Evanston Now her husband was on his way home from work when his car was rear-ended at the intersection of Lake-Cook Road and Wheeling Parkway.

Matillano’s vehicle was pushed into another lane where it collided with a third car. 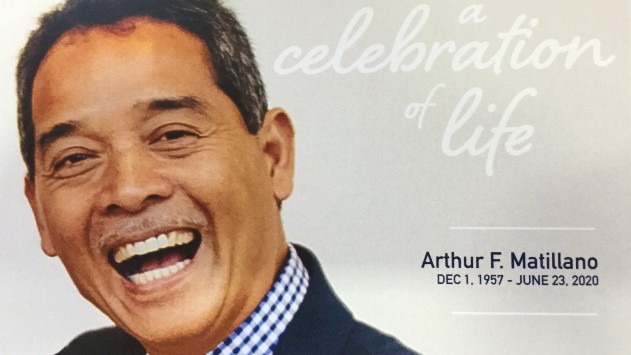 Matillano, who lived in Buffalo Grove, worked for the Postal Service for 33 years, the last 15 on the same route in Evanston. Rowena Matillano said “he loved his customers.”

According to Friedrichs Funeral home, Arthur Matillano leaves four children as well as his wife. The driver of one of the other cars in the accident, identified as 49-year old Brenda Felix Soria of Inverness, was also killed.  The third driver was injured.

The accident remains under investigation.