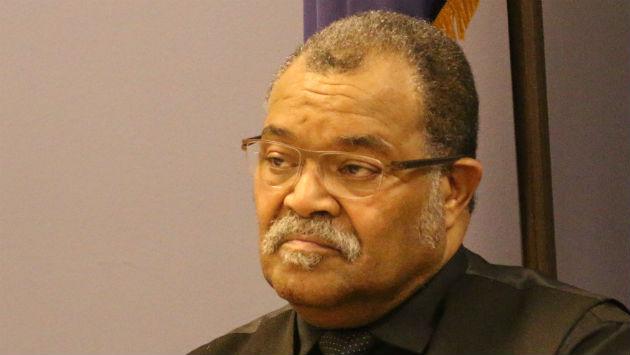 James Genden says City Clerk Rodney Greene should should repay the city for the thousands of dollars of city funds he spent to be listed in Continental Who’s Who.

I am  concerned about the payments totaling several thousand dollars that City Clerk Rodney Greene caused the City to pay for a self-written vanity listing in Continental Who’s Who.

This listing highlighted a worthless “doctorate” that Mr. Greene had purchased from a non-academic diploma mill for somewhere between $50 and $185, and obviously has no credibility and affords no discernable value for the City.

I am not a partisan of Clerk Greene’s opponent. Indeed believe that the position of City Clerk should be appointive, rather than elective, because its duties are not political or policy making but purely ministerial.

Nonetheless, since there is an upcoming election for this office, I wrote Mr. Greene on Monday, March 6, 2017, the attached e-mail concerning the wasteful
expenditure of City money – in a time of scarcity –  for this vanity listing.  I hoped that he would show the courtesy of responding to a constituent and that he would acknowledge his lack of judgment in this matter.  I believe that he should reimburse the City for this expenditure, which he certainly would never have paid out of his own pocked.

Mr. Greene has not responded.  In the circumstances, his failure to respond is of importance not only to me, but to all Evanston taxpayers and voters, since the inference must be drawn that he either is unable to perceive how he had been misled into a wasteful lack of judgment that has cost the taxpayers or, worse, has no concern about his fiduciary duty to the City and its residents.

I am an Evanston homeowner and voter.  I am very concerned about the fact that you caused the City to pay thousands of dollars for your personal listing in Continental Who’s Who.

I am a lawyer with over 40 years of experience.  Like you, as a professional, I have received numerous solicitations for paid Who’s Who listings and
similar honors, for which large payments are invariably sought.  It is obvious to me, and almost everybody I have talked to about such Who’s Who listings, that these solicitations are essentially efforts to obtain money by appealing to the vanity of the person offered a listing.  The listings have no meaningful value, since they are directed to a closed circle of similar persons who fell for the gambit.

I am also concerned that this listing, which has little credibility because it was written by you rather than an impartial third party, repeatedly refers to you as “Dr. Greene.”  Since that title apparently relates to a doctorate you purchased from Universal Ministries, a non-academic  business venture, reference to an unearned and bought degree is misleading.

I watched your statement at the Evanston City Council meeting of February 27, 2017.   You missed the point of why this was an improper expenditure, and
avoided the real issue of why you should personally reimburse the amounts paid out of taxpayer funds.  You said that the City could recover the money if law enforcement authorities found that Continental was running a fraudulent scam.  But I doubt that anything Continental is doing is illegal.

It provided exactly what it promised – a listing which, while appealing to vanity, has no real commercial value.  But no commercial benefit or value was ever promised by Continental, just the listing.

My problem is that you had the City use taxpayer money — scarce taxpayer money in a period of austerity and cuts – to purchase something that cannot benefit the City.  I doubt that you would have made such a large expenditure out of your own pocket.  As an elected official, you owed a fiduciary duty to
Evanston taxpayers to use their money solely for purposes that provide sufficient value to the City.  The amount that the City paid is equal to three years’ of the portion of my real estate taxes paid to the City.

Please understand that I am not a partisan of your opponent in the current election.  I know nothing about his credentials, if any.  I have no desire to support him.  I have heard good things about your diligence and hard work in performing your duties as Clerk, and about your community efforts.  But I believe the proper thing for you to do is to voluntarily refund the money paid for your listing.

I look forward to hearing from you.