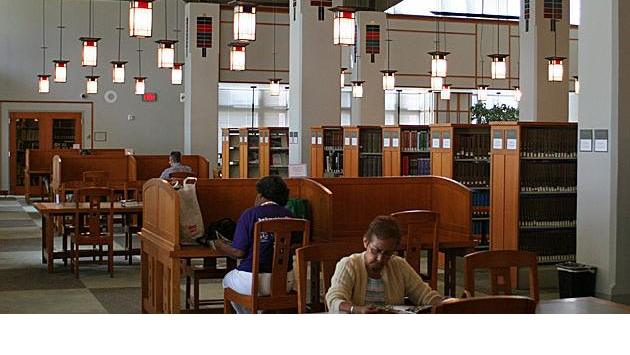 The Evanston Library Board voted Wednesday to hike library spending 6 percent next year, despite continuing declines in circulation.

The board split 5-3-1, with the majority voting to adopt the richest of three budget options presented.

The 6 percent increase substantially exceeds the annual rate of inflation, which, as of last month, was running at 3.89 percent.

The new budget includes $207,000 for the city's only remaining branch library, on Central Street, which serves one of the city's most affluent areas.

Defenders of keeping the branch open said the decision to also spend $85,000 on a new city-wide community engagement librarian was a sign they also cared about the rest of town.

But Sharon Arceneaux, the board president, said her children, and others who live on the city's west side "won't be able to tell how wonderful it was to be able to skip to their branch library."

She, joined by members Ben Schapiro and Sergio de los Reyes, argued for hiring the outreach librarian but closing the branch — the least expensive budget option, which would have increased the tax levy just 1 percent.

Schapiro, a south Evanston resident, said the budget favored by the majority "doesn't reflect the spirit of Evanston because it doesn't provide an equitable distribution of library resources across the community."

"They were a great idea 20 years ago, when it was a different world. But these days a branch is not the way to get services out," Schapiro said.

Many children can't go to a branch library after school, he said, because both their parents are working and can't accompany them.

"Placing a small facility at the schools, or having a bookmobile, would mean those children would have access."

Board member Michael Tannen, an organizer of efforts to save branch libraries, said the budget increase was very modest in dollar terms.

"This library has been starved for years," Tannen said. He claimed it would amount to "civic disengagement" to close the north branch.

Board member Diane Allen said she wasn't prepared to make a long-term commitment to keeping the north branch open, but said she didn't want to make a decision on closing it until the board has had time to work through the strategic plan it also adopted Wednesday night.

Member Susan Stone abstained from the vote, after trying to persuade the board to consider additional budget options and possibly delay a final decision until next month.

The library's total circulation numbers for the past six months are down 7 percent from the same period a year ago.

Board members are appointed by Mayor Elizabeth Tisdahl, who formerly served as alderman of the 7th Ward, which includes the north branch site.

Under state law only she has the power to remove them.

Tisdahl now has appointed six of the nine serving trustees and her appointees split evenly on the budget vote. Of the trustees appointed by former Mayor Loraine Morton, two voted for the 6 percent tax hike and one abstained.