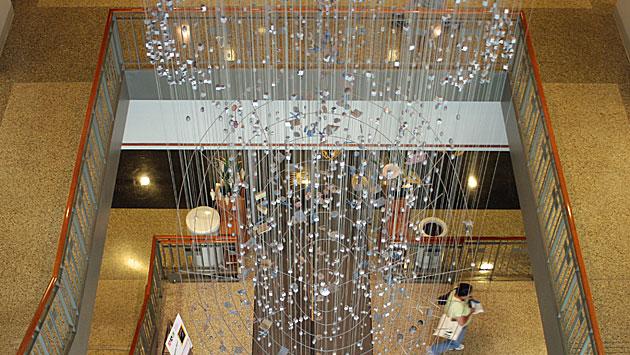 The number of books borrowed from the Evanston Public Library has dropped 7 percent this year, as the library board prepares to raise spending up to 8 percent next year.

The board this week deferred action on adopting a revised budget and its tax levy until its Nov. 9 meeting, after learning that library staff had failed to account in preparing the budget for the city's plan to charge the library $75,800 in rent on the north branch library building.

That charge — while it makes no net difference to the total taxes homeowners will pay — adds nearly two percentage points to the increase in budgeted library spending — raising it from 6.1 percent to 8 percent.

Eight percent, coincidentally, is the size of the total property tax increase in the city's proposed budget for next year.

Book circulation in the Evanston library system is now down 7 percent for the first seven months of the fiscal year, compared to the same period last year.

The bulk of the decline came from circulation apparently lost to the system from the closure of the south branch library.

One small bright spot was a dramatic increase in circulation of eBooks, which rose 67 percent, but still account for less than 2 percent of total circulation.

The library board Wednesday voted to select The Singer Group  of Reisterstown, Md., as the search firm to find a new library director. The proposed fee for the search is $18,900.

Top: The sculpture in the main stairwell of the downtown library.