Evanston Public Library has received a $15,000 grant to host The Big Read, a program of the National Endowment for the Arts.

It's one of 75 nonprofit organizations nationwide to receive a grant to host the community reading program between this September and May 2016. 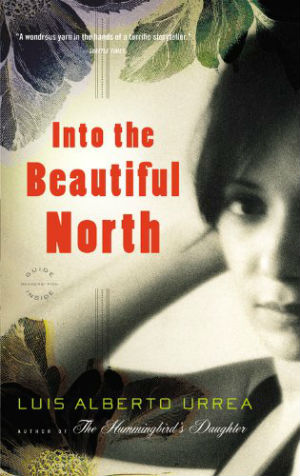 The Big Read in Evanston will focus on "Into the Beautiful North" by Luis Alberto Urrea. The novel is set in the highly charged world of the U.S.–Mexico border which Urrea, the son of an American mother and Mexican father, considers as a place of connection as well as divide.

"The Big Read is the perfect way to engage residents of all ages in an important community project. It provides the opportunity for teachers, students, adults and seniors to consider and discuss immigration and the immigrant experience over a series of months," Library Director Karen Danczak Lyons said in a statement.

NEA Chairman Jane Chu said, “The Big Read is a powerful example of how the arts can bring communities together and help us to connect with one another."

Evanston Public Library will host a Big Read kick-off event in September to introduce the program, give away books and celebrate with a cultural performance.

Several book discussions throughout the community, lectures from Northwestern professors, a film series, Mexican crafts and storytimes for children, and multi-media projects for teens will be included in The Big Read.

Partnerships with school districts 65 and 202, as well as with the City of Evanston and local senior facilities will encourage all of Evanston to participate in The Big Read.

The Big Read provides communities nationwide with the opportunity to read, discuss, and celebrate one of 37 selections from U.S. and world literature. It is designed to restore reading to the center of American culture.