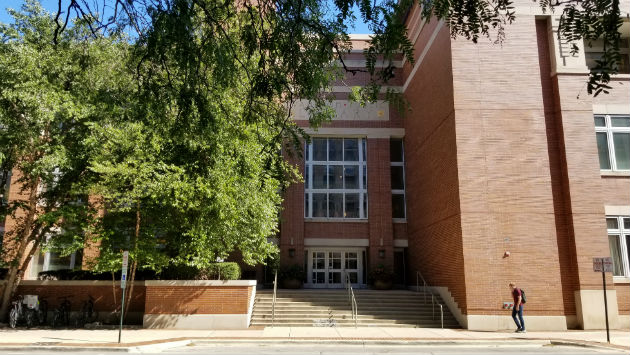 Lack of computer access can mean lack of a job, and the coronavirus pandemic has only made things worse. But the Evanston Public Library is now able to help those who are trapped by the digital divide.

The Library has received a $149,00 grant from the Institute of Museums and Library Services, one of 68 libraries nationwide receiving such funds out of more than 1,700 applicants.

Funded services include technology skill training in both English and Spanish, free access to online courses, and “Ready to Work Starter Kits,” which contain wi-fi hotspots and a Chromebook which can be checked out for three months.

Supervising Librarian Miguel Ruiz says the new programs are particularly important for Evanston’s Hispanic community, because “in every aspect of society, the pandemic has exacerbated existing inequalities.”

COVID-19 has hit Hispanics harder medically than it has hit other groups. Not only that, but the economic impact has been particularly severe, especially when a language barrier blocks the way to getting a job, even if the family has broadband digital access.

“It’s one thing to have the technology,” Ruiz says. “It’s another thing to use it,” because “some people don’t feel comfortable in the digital space.”

That’s why having library services in Spanish is so critical, he says. “Things have always been a challenge” for the Hispanic community, he says, because it is frequently ignored or underserved.

However, Ruiz says the Hispanic market in Evanston is both “huge and untapped.” He says it is about 10% to 15% of the city’s total, but unofficially may be closer to 20%.

Ruiz says it’s time to have “honest conversations” about the needs of the Hispanic community, and also what that community has to offer. “It impacts everyone,” he says.