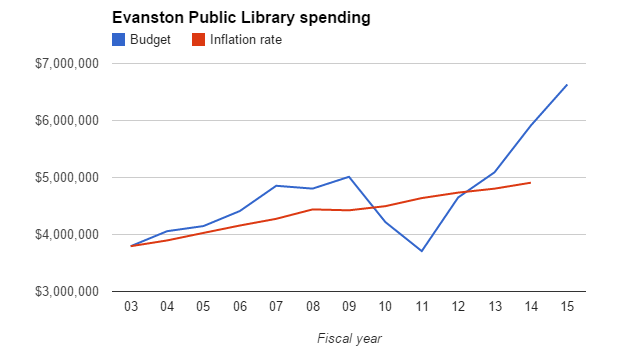 The Evanston Public Library, which is seeking another big tax increase for next year, has dramatically increased attendance at its children's programs in recent years.

But most other metrics, contained in annual city budget documents, show the library standing still or lagging slightly, even as its recent spending increases have substantally outpaced inflation, after sharp cutbacks during the city budget crisis. 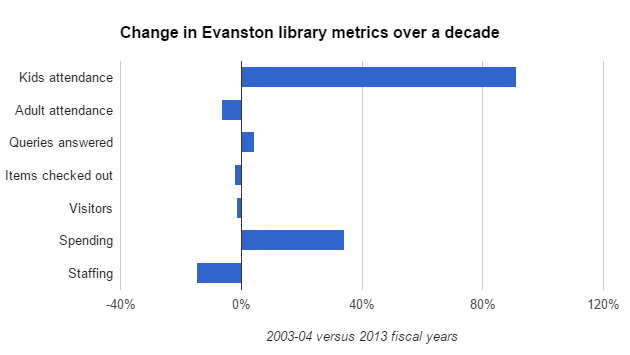 But attendance at library-sponsored events for adults declined by 7 percent, to 4,620.

The number of reference and directional queries answered by library staff increased 4 percent, to 266,134.

And the number of visitors to the library's three branches declined 2 percent, to 664,644.

While the library's spending in 2013 was up 27 percent, to $5.09 million, the staffing level had declined from 66 to 56 full-time-equivalent positions, in part as a result of contracting out some library functions to outside firms.

The library plans to restore its staffing to 66 people in next year's $6.6 million budget.

The library is seeks to spend 12 percent more in 2015 on top of a 16 percent an increase this year.

Library Director Karen Danczak Lyons did not respond to email or phone inquiries from Evanston Now seeking to discuss the library's budget and performance plans.