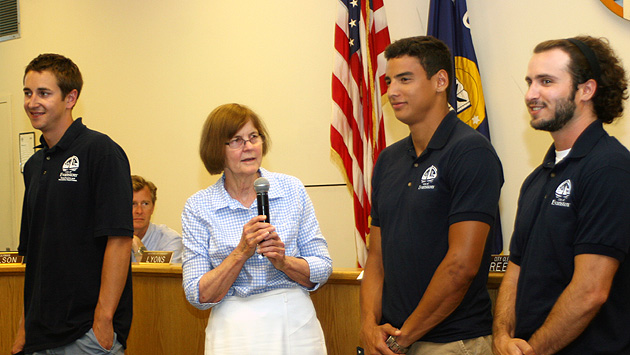 Evanston lifeguards David Altman, Jack Killheffer and Tudor Byas were honored this evening by Mayor Elizabeth Tisdahl for their efforts to rescue a man whose boat had broken up in Lake Michigan.

Altman and Killheffer took a rescue boat out into the lake on July 2 after hearing a broken-up distress signal while Byas managed radio communications,.

They managed to find the man by following a trail of debris from the 50-foot renovated 1970s vintage converted Chicago fireboat that had sunk by the time they reached the scene.