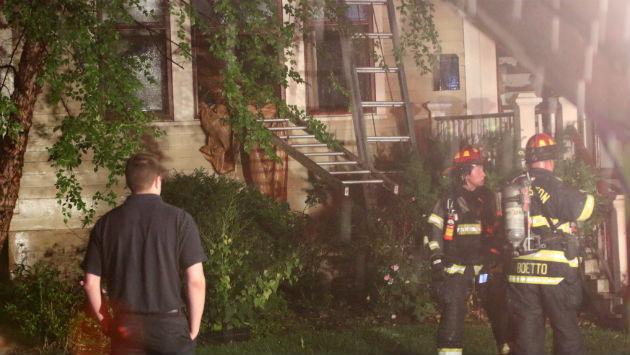 A lightning bolt sparked a fire in a home at 1510 Wesley Ave. in Evanston during a heavy thunderstorm this evening.

Firefighters from several neighboring communities were called in to help Evanston crews in battling the blaze that started in the attic of the two-story frame home located across the street from Dewey Elementary School. 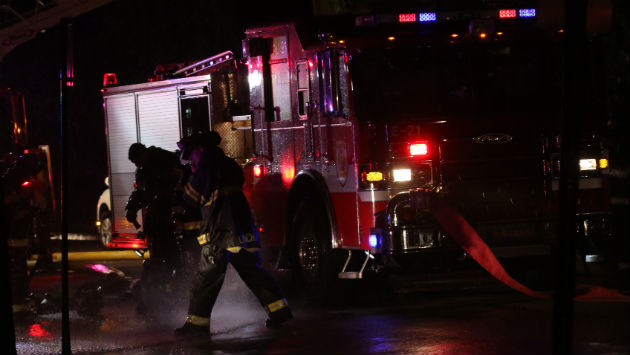 The homeowners reportedly were out when the fire started about 8:20 p.m., but returned to find firefighters already at work. 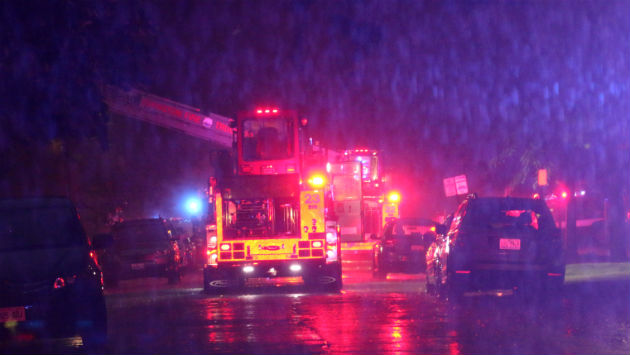 Fire units blocked Wesley Avenue as a heavy thunderstorm swept through the city.

Update: By around 9:45 p.m. the fire was declared out and fire crews started to leave the scene.

There was no immediate estimate of damage from the fire, but the residents of the home were expected to be temporarily displaced.

There were no reports of injuries from the fire.