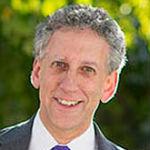 Daniel I. Linzer, Northwestern University's provost and chief academic officer, will step down from that position at the end of the 2016-17 academic year.

Linzer has been the University provost since 2007, and previously served for five years as dean of the Weinberg College of Arts and Sciences.

“Dan Linzer has provided extraordinary leadership for Northwestern,” President Morton Schapiro said. “His far-reaching vision and thoughtful guidance have been instrumental in advancing Northwestern academically. I am especially grateful that he has been an extraordinary partner to me since the day I arrived on campus seven years ago.”

During Linzer’s tenure as provost, Northwestern has made significant strides in all academic areas, including major advances in biomedical research, engineering, the arts and the humanities. He has hired seven of the University’s 12 college/school deans, and he has been involved in attracting and retaining many of Northwestern’s top faculty members while increasing the size of the faculty overall.

Linzer spearheaded Northwestern’s strategic planning from 2009 to 2011. The plan’s four pillars — discover, integrate, connect and engage — have served as guideposts for the University’s direction since its adoption. In addition, the strategic plan has been the foundation for Northwestern’s fundraising efforts.

“I have thoroughly enjoyed working with so many brilliant and dedicated faculty, staff and students," Linzer said. "I came to Northwestern more than 30 years ago, and I know that while I may have had a small role in shaping this University, it has played a major role in shaping me. I truly do appreciate the opportunities I have been given and the wonderful colleagues I have had the pleasure of working with at this remarkable institution.”

Linzer first came to Northwestern in 1984 as an assistant professor. Since 1997, he has been a professor of biochemistry, molecular biology and cell biology.

President Schapiro will oversee the process to select Linzer’s successor during the next academic year.