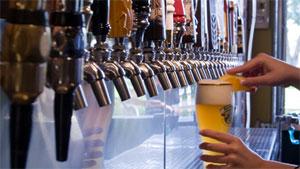 A proposed rewrite of Evanston liquor licensing code was held in committee Monday after one alderman suggested Monday night that the proposed simplification still left it the code pretty complicated.

The package of revisions, proposed by Corporation Counsel Grant Farrar, reduces the number of liquor license classes from 32 to 25, but the description of the different classes and their provisions runs to 23 pages in the draft ordinance.

Alderman Jane Grover, 7th Ward, suggested at the Administration and Public Works Committee meeting that the code should include a chart of the different license types or some other device to make it easier for potential applicants to understand.

Broadly speaking, the city has three types of liquor licenses:

But by segmenting sellers for on-site consumption by location, hours of operation, ownership and business type, the proposed code manages to split them into over a dozen different categories.

And by segmenting sellers for off-site consumption by business type, location and shop size, it splits that group into about 10 categories.

And the proposed code doesn't group the individual categories by their broad type.

The proposed revised code repeats much of the same set of requirements for each broad category over and over again — for example the requirement that restaurants must serve food during hours when liquor is sold and the limits imposed on the minimum size of bottles sold by package stores.

And, while the code specifies in section 3-4-11 that no licensee may sell liquor to a person under 21 years of age, it repeats that fact in detailing the specific rules for about half the license categories, while omitting it from the rest.

Not language, but money drew the attention of Alderman Ann Rainey, 8th Ward. She asked whether the revision includes any changes in license fees.

Farrar said that it doesn't — but that the City Council could consider that in the future.

Committee members also said they'd like to see a redline version of the proposed ordinance — to see how it compares to the existing one. Farrar said he'd had some technical difficulties with his computer software that made providing a direct comparison of the versions difficult, but that he'd try to provide that in time for a future meeting.