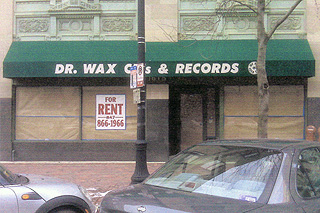 The former site of the Dr. Wax record shop downtown may soon be the location of a new liquor store.

Gerardo Pina, whose family owns the La Union supermarket in Highwood, told the Evanston Site Plan and Appearance Review Committee Wednesday that he’s recently graduated from college in Wisconsin and wants to get into his family’s line of work.

The business, considered a convenience store under Evanston’s zoning code, requires a special use permit and is scheduled for a public hearing by the Zoning Board of Appeals on Tuesday, March 17.

The store, at 1615 Sherman Ave., in the landmark Hahn Building, has been vacant since Dr. Wax closed last fall.

In January the City Council rejected a plan from Nizar Alimohd to open a liquor store in the former Quiznos shop at 812 Davis St. downtown.

Residents of the condo building over the shop objected to adding another downtown liquor store.

Aldermen also said they were concerned about how Alimohd operates another store he owns in town and his decision to start remodeling the space without obtaining city permits.