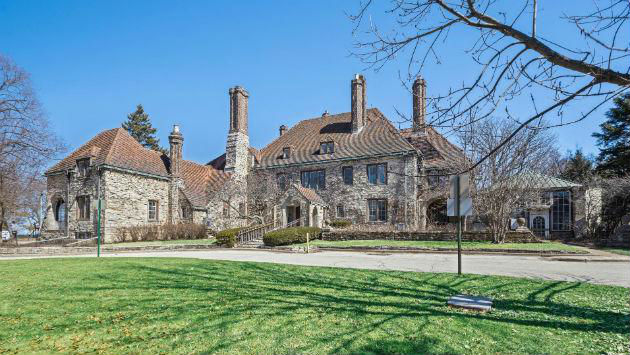 Mayor Steve Hagerty introduces Matt Rodgers to discuss Colorectal Cancer Awareness Month. Encourages anyone over 45 to talk with their doctor about the issue.

Discusses progress on COVID vaccinations. Says he believes the city and its health partners could distribute 10,000 vaccine doses a week — but only scheduled to receive 1,200 to 1,400 doses per week over the next three weeks.

City Manager Erika Storlie says she has no announcements.

City Clerk Devon Reid says early voting starts March 22 at the Civic Center for the April 6 election. It starts sooner, on March 10, at the County Clerk’s office in downtown Chicago. Mail-in ballots can be requested now.

30 people have signed up. Mayor mentions that reparations won’t be on the Council agenda until March 22.

SP1-Review of Harley Clarke proposals
Alderman Eleanor Revelle, 7th Ward, says she has some questions about the staff evaluation. Asks whether will be staff presentation?

Mayor says would be helpful to talk about the process.

Mayor asks how this evaluation process compares to those for other RFP proposals.

Storlie says RFP was handled by purchasing department — as other RFPs are handled.
Scoring metrics based on what was in the RFP.

Revelle says a lot of us are not at all sure what exactly staff had in mind when evaluating the proposals. Says would have like to have separate scores for the funding plans and the business plans — are important to success of proposals.

Storlie says one factor was whether it duplicates something city already does. Notes that Council is not bound by the scoring the staff has done. Can ask for additional info from the proposers or ask staff to get more info.

Parks Director Lawrence Hemingway says looked at criteria as laid out in the RFP and reading through the individual proposals and what their community benefit would be.

Have to do what’s asked of us in the original RFP, he says. Each of us provided an individual score and those were combined to create scores used in the memo.

Hagerty says his company submits hundreds of government proposals each year, loses at least two-thirds of them. Often wonders why, but that’s how things go.

Alderman Don Wilson, 4th Ward, says some of us have been working on this issue for close to 10 years. The property is important to me. But this is the most over-discussed issue that I am aware of in Evanston.

Pandemic has drawn out the process. The scoring is just one tool. All of us have been here long enough, Wilson says, to be able to make a very informed and thoughtful decision.

Says the process has given us multiple excellent proposals. It’s not rushed, he says. This is not the most important thing in the community.

Says he believes the Artist Book House proposal rises to the top of the options.

Alderman Cicely Fleming, 9th Ward, asks whether city had promised public discussion. Mayor says there was that conversation after the presentations were made by the RFP respondents.

Wilson says is a discussion item from 2019 — regarding preparation of the RFPs — “review and evaluation committee should include members of he public.”

Says the intent and spirit of that has been met over the two year time frame since then.

Says that process wouldn’t necessarily take a lot of time.

Gandurski says Council chose not to follow the recommendation of the board of ethics, so the the board’s conclusion that Alderman Ann Rainey can’t vote on the issue doesn’t apply.

Alderman Melissa Wynne, 3rd Ward, says she’s been on the council the entire time that Harley Clarke has been discussed. Says this council is the most prepared one to cast a vote on this — all the time –all the presentations…the public comments. That’s what’s brought us to these proposals. In keeping with that, this is the council that should finish that job that we have all worked on so hard.

Says every one of the proposals has merit. Thanks to everyone who participated.

Says the Book House is the one that fulfills the requirements in the best way. Can coexist best with the beach and park and will have the fewest number of events. Says always been concerned about weddings and conferences causing congestion.

Fiske says she agrees with Wynne. Doesn’t want to overwhelm the lakefront with special events.

And is excited that the book house is a totally new thing for us and will attract a lot of interest into Evanston Says it was head and shoulders above the others in giving her the confidence to look at an organization that are turning a public asset over to.

Revelle says she agrees with Wynne and Fiske. Liked everything but the high number of specials events in the Evanston Conservancy proposal. Regarding the Lakehouse group, says she was a strong supporter of that in 2018, but feared the impact of the proposal was too great for the property — too many special events.

Fleming says she agrees that Artists Book House brings a lot of interesting opportunities for the city. Doesn’t feel comfortable passing this on to the new council. Says have worked on so long and need to give proposers closure. Should wrap things up, not leave to new council.

Rules suspended to allow A5 to be for introduction and action.

Consent agenda, with those deletions, approved.

A1 – Payroll and bills

Wynne says concern raised that were overpaying and equipment being acquired is already an old model.

Luke Stowe says current Toughbooks are six years old running on Windows 7 that is no longer supported.
Says have used grant money to purchase three of these and have worked out well.

A6 – Water service pipe replacement
Public Works Director Dave Stoneback says the plan would increase the amount city is willing to loan to encourage people to replace their lead service lines when the city is replacing water mains in the street. Also proposing to provide grants for projects low income neighborhoods.
Says hope to have contractors start doing the service line replacements in 2022, can’t do the engineering work for this year. Says that will add about $1.5 million to water costs and wants to make that include income-based rate adjustments.

Approved for intro and action 9-0.

Braithwaite … says important to understand there’s a difference between the local reparations effort and the national movement of HB 40. The platform of the Evanston program is based on discrimination by the city. Says only $400K has been budgeted for housing so far. Says are several other proposals in the works. Asks Alderman Robin Rue Simmons, 5th Ward, … Since July of 2019 how many meetings? How many ward meetings? Have also hosted at least three town halls with over 100 participants. Also subcommittee meetings… with 30 to 50 participants at each.
Amazing that there are still questions regarding what we hope to achieve. City website has a page dedicated to the reparations efforts.
Says think should all be suspect whenever have a black effort and have black people attacking those efforts in the name of black unity is questionable.

Rue Simmons …5th Ward meeting Wednesday. Will discuss proposed TIF. Says had 15 public meetings before took the Nov. 2019 vote for reparations. For those concerned about not having enough public interest. Now can have even more public process. From Feb. to Nov. 2019 were 15 public meetings — always very well documented. Public process continued through 2020…initally twice a month … then monthly …with great public ocmment. Had over 1K residents at a town hall. Are excited that there now is new interest.
It is unfair to say that we haven’t included the voices of the black community.

Rainey … says Howard Street users are really being victimized by the IDOT paving project. “It’s the worst mess I’ve ever seen in all my years,” she says, “Something has to be done to help people out.”