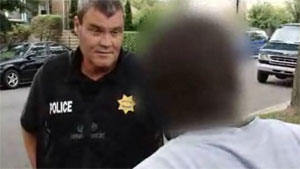 The police have been working for several months with the Cook County Sheriff’s Department on a large drug enforcement effort.

A part of the overall investigation was filmed in Evanston for an MSNBC series called “The Squeeze.”

A segment including footage from Evanston airs at midnight tonight on MSNBC.  Here's a clip showing a portion of the segment shot on Evanston.