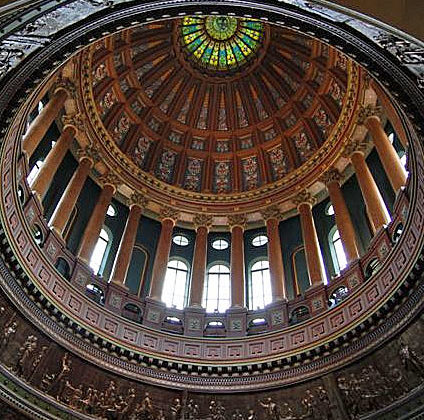 SPRINGFIELD — Ghost employees and phantom vendors aren't characters in the next big horror movie. Rather, they represent just two of the ways government employees can defraud taxpayers.

SPRINGFIELD — Ghost employees and phantom vendors aren't characters in the next big horror movie. Rather, they represent just two of the ways government employees can defraud taxpayers.

The recent arrest of a small-town finance official accused of siphoning $30 million over the past few decades highlights just how vulnerable to fraud the approximately 4,900 taxing bodies in Illinois are.

Rita Crundwell was the comptroller for Dixon — a town of about 16,000 — since the early 1980s. Crundwell's control over the city's annual budget of $20 million allowed her to create a bank account, which was hidden from others in the city government.

She allegedly used the account to launder money, according to the federal criminal complaint. Crundwell has yet to enter a plea in the case.

Having only one person in charge of finances in small towns and other taxing bodies is a common arrangement, making taxpayer dollars inherently vulnerable to abuse and to theft.

Failor is an audit manager for Wade Staples P.C. in Quincy and runs the external audits for Adams County and the city of Quincy.

"We assess those (internal) controls, and if we see an area that may be of higher risk, then that's where we focus our procedures," Failor said.

Failor said she always asks workers to blow the whistle on any fellow employee suspected of wrongdoing.

"We have to be skeptical of everyone," Failor said.

Beyond that, Failor said she compares tax returns with employee rosters, looks for money going to questionable vendors and outstanding checks. It's in those nooks and crannies where most detectable fraud happens.

"Credit cards are just bad for an auditor. Usually there are too many credit cards with too many people," Failor said.

It can be hard to prove whether charged pens were for the office, or for the employee's home, she said.

But even the annual external audits aren't enough to prevent fraud completely .

Dixon had two firms prepare its annual audit — one compiled the numbers, the other reviewed that information and prepared the annual report.

"The results year after year disclosed no instances of noncompliance or other matters required to be reported under government auditing standards," Dixon Mayor James Burke said shortly after Crundwell's arrest.

Eileen Norcross, a senior research fellow at the Mercatus Center at George Mason University, said stopping fraud, such as that alleged in Dixon, is difficult.

"Where there's a will, there's a way. People who really want to steal will go out of their way to steal," Norcross said.

The sheer number of taxing bodies adds yet another layer of trouble.

Because the state's former constitution set a limit to how much debt a local government could have, all kinds of special taxing districts — from library districts to mosquito-abatement districts — were created.

That changed with the adoption of the constitution in 1970, which has no borrowing limits for local governments.

Keeping citizen watchdogs and taxpayers interested in the finances of some of the smaller taxing districts can be tough, especially when there are some 4,900.

"Who's going to show up to the mosquito abatement annual meeting on finances?" Norcross asked.

But combing governments doesn't necessarily translate to increased efficiency, and the more employees the bigger the chance fraud can do undetected, she said.

There have been several attempts in the Legislature to study getting rid of some taxing bodies, but the idea hasn't gained much traction.

Norcross said transparency is the best way to prevent fraud. Posting annual audit reports, monthly finances and other financial records online creates a database that journalists and concerned citizens can use to keep tabs on taxpayer dollars, she said.

It's a defense Illinois already has, and soon will improve.

The Illinois comptroller's office maintains a database of income and spending by all local governments.

"Our office serves as a repository for the financial filings of all local entities of government … but our office does not conduct independent audits," said Brad Hahn, spokesman for Comptroller Judy Baar Topinka.