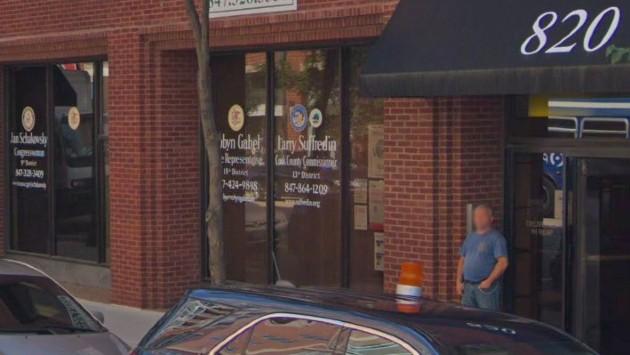 A change of ownership at a downtown office building is leading local lawmakers to find new space.

Cook County Commissioner Larry Suffredin says he’s had his office in the 820 Davis building for the past 17 years, but that when then-owner Chuck Happ was negotiating the sale of the property, which was completed earlier this year, prospective purchasers asked him to not sign leases with longer than a one-year term.

That means leases for offices for Suffredin, U.S. Rep. Jan Schakowsky, State Sen. Laura Fine and State Rep. Robyn Gabel are expiring by the end of this year.

The Evanston City Council on Monday is scheduled to approve leasing two rooms in the Civic Center, totalling 485 square feet, to Gabel for an annual rent of $5,335, or $11 per square foot.

Gabel plans to lease Rooms 2600 and 2650, on the second floor of the Civic Center, just down the hall from the mayor’s office.

Suffredin says he hasn’t made a final decision about his new office space, but that he’s considering moving to the former Hack Studio building at 2510 Green Bay Road.

That building is now owned by Happ and is about to become the location of another tenant moving out of storefront space in the 820 Davis building — Lock Chicago, an escape room game provider.

Suffredin says he anticipates that Schakowsky and Fine will continue to share space with him as they have in the 820 Davis building.