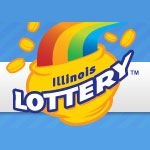 SPRINGFIELD — Northstar Lottery Group won a 2010 contract to manage the Illinois State Lottery that could enrich the firm by more than $300 million over five years, but a Franklin Center investigation has discovered that irregularities marred the state’s selection process.

SPRINGFIELD — Northstar Lottery Group won a 2010 contract to manage the Illinois State Lottery that could enrich the firm by more than $300 million over five years, but a Franklin Center investigation has discovered that irregularities marred the state’s selection process.

GTECH, which owns 80 percent of Northstar, poured hundreds of thousands of dollars into a campaign fund that funneled $1.5 million to Gov. Pat Quinn’s 2010 campaign.

Just six weeks before Election Day 2010, Quinn announced that Northstar would receive the lucrative contract to manage the lottery. He noted that his own administration’s nine-member panel had reviewed all of the competing applications and recommended Northstar.

His audit found that it would have been virtually impossible for the panelists to have thoroughly read, analyzed and scored the thousands of pages of documents submitted by the applicants in the few days given them.

Pressed for time, some panelists did not document their evaluations in writing until after it was announced Northstar had been selected, the audit found.

In a separate review, The Franklin Center for Government & Public Integrity found that Northstar’s written proposal identified one of the governor’s panelists as its executive in charge of lottery sales. Despite being named for a key position in one of the proposals, panelist Victor Golden evaluated all bids, including Northstar’s.

“It seems too bizarre to be real. I don’t think I have any choice but to request an audit commission hearing to look into this. They need to answer publicly to how this could happen,” said state Sen. Bill Brady, R-Bloomington, upon learning of the matter after the Franklin Center review.

Brady said he is distressed Golden did not recuse himself.

Although Northstar did receive the contract, Golden, who was and remains a state employee, was never made the director of lottery sales by Northstar. The 45-year-old Homewood man now is deputy lottery superintendent, a position that pays $109,248.

Under the lottery management contract, some state lottery workers are managed by Northstar.

Intralot, a firm that also bid for the lottery management contract, contends that even though Golden would have remained a state employee, the conflict of interest was real because:

Golden could not be reached for comment. But lottery spokesman Mike Lang said it was not unethical for Golden to make a recommendation on the proposals when his name was included in one of them.

Lang added the bottom line for evaluators was how much potential revenue each proposal would generate for the state and that Golden was in no way influenced by the inclusion of his name in the Northstar proposal.

“This was a total sweetheart deal,” said Byron Boothe, vice president for government affairs at Interlot. “It was clear from the beginning of the bidding that this is who state officials wanted to run the lottery. We tried to compete for the contract but they seemed to already have their minds made up.”

Other states are considering following suit by privatizing their lottery management.

Pennsylvania Gov. Tom Corbett said last week he wants the Keystone State to turn over its lottery to a private manager. New Jersey and Michigan are evaluating privatization. And Washington state and Ohio have reviewed the issue but are not pursuing it at this time.

Each state’s review has one thing in common — GTECH.

Although GTECH’s business is gambling, it appears to be hedging its own bets.

That was no anomaly. In the past eight years, the firm has given $1.4 million to the two groups.  It also has a history of hiring top-flight lobbyists in various state capitals and lobbying for business.

“These guys aren’t driven by political philosophy,” said Kent Redfield, a political science professor at the University of Illinois at Springfield and an expert on campaign finance issues.

“They are driven by a desire to do business with the state. That’s the only reason a business gives to both political parties  —it’s a business expense. And they give indirectly to candidates to obscure from the public and the press who they have given to.”

During the 2010 election cycle, Illinois' Quinn received $1.52 million from the Democratic Governors Association.

“You better believe that someone let Pat Quinn know that some of that money was coming from GTECH,” speculated Boothe, Interlot’s vice president of government affairs.

But GTECH’s Vincent said that’s not the case, and that GTECH in no way tries to influence what happens in state capitals with its donations.

Just days before the lottery management proposals were to be presented to the evaluation panel, GTECH formed the Northstar consortium with its archrival Scientific Games.

Lottery spokesman Lang said 80 percent of Northstar is owned by GTECH and 20 percent by Scientific Games.

“GTECH and Scientific Games are working together? They are enemies. That’s really unprecedented,” said Richard McGowan, a finance professor at Boston College who specializes in lottery issues.

But for Interlot’s Boothe, the alliance is more than a bit suspicious.

“Basically, between those two companies they control more than 90 percent of the instant ticket market in the United States,” he said. “By including Scientific Games, GTECH was able to ensure they wouldn’t submit a competing bid against them.”

Brady, the state senator who was Quinn’s GOP gubernatorial opponent in 2010, said he was perplexed by the Quinn administration’s decision to allow two rivals to submit a bid together.

“If you were taking out bids for a road contract and the two major road contractors created a ‘consortium’ days before the bids were submitted, wouldn’t that raise red flags for the administration to re-bid the contract?” Brady said. “Why didn’t they do this when the two lottery contractors created a consortium days before bidding on the lottery management contract?”

But a Northstar spokeswoman said state rules allow for such a joint proposal.

Spokespeople for the lottery, Northstar and GTECH refused Tuesday to say how much Illinois would likely pay Northstar to manage the lottery  — despite public money being involved.

But in 2010, the Chicago Sun Times reported the state would pay Northstar a $15 million management fee and pay them as much as $300 million over the next five years as a percentage of new revenues brought in.

“It’s a really complicated formula that is used to determine how much Northstar receives, but if you were to use the $300 million figure you would be in the ballpark,” Illinois Lottery spokesman Lang conceded.

Many of the usual efficiencies that come from privatization are off the table for Northstar.

For example, Northstar’s contract with the state requires it to manage 80 state workers who had been working as lottery employees before day-to-day management was privatized. These jobs cannot be outsourced to the private sector.

“It pretty hard to remove politics from a lottery,” Boston College's McGowan said. “Look what happened to your last governor in Illinois. He went to prison for trying to sell a U.S. Senate seat. Is it such a stretch to think that the current governor might be influenced by campaign contributions?”