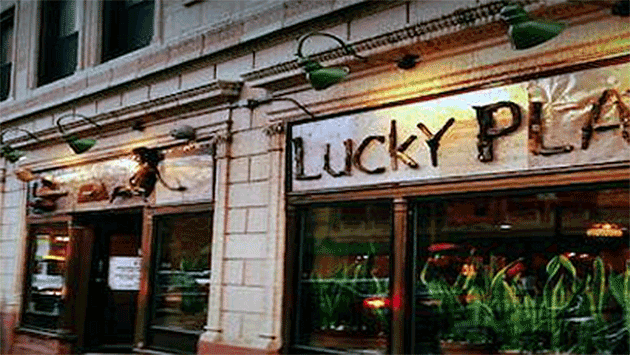 The Lucky Platter, the 23-year-old Main Street restaurant institution in Evanston, will get a new look this month.

New owner Derek Gaspar says the place will close after brunch service on Sunday and then reopen on Thursday, July 10.

Gaspar says workers will be freshening up the appearance of the restaurant — with new booths and tabletops and new paint on the walls.

Gaspar, who bought the business along with Eric Young in April from long-time owner Eric Singer, says he was already planning for new booths when one of the old ones collapsed recently — but that proved to him that it definitely was time to replace the furniture that dates back to even before the restaurant space became the Lucky Platter in 1991.

But Gaspar says he won't be replacing the outsider art on the walls that's formed the core of the restaurant's decor.

The new booths are being built locally and the new tabletops will feature vintage wallpaper from the 1930s to '70s sealed in plastic so they'll be easy to clean.

The new crew plans to keep the restaurant's comfort-food menu generally the same, but they are planning a second phase of the remodelling project for early next year.

Gaspar says that will involve rebuilding the front entrance to make it more handicap accessible and adding a dining counter that will double as a bar.