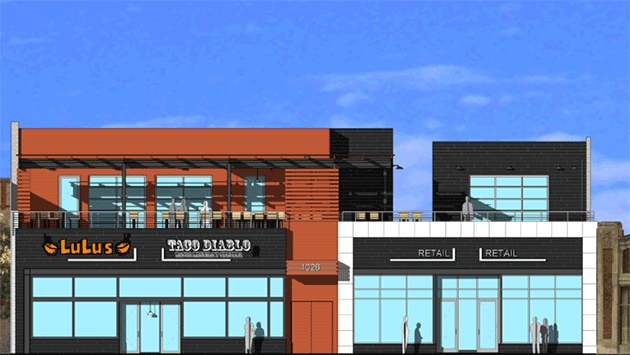 The brown paper is down from the windows and the Asian fusion restaurant LuLu's is having a much-delayed re-opening this week in downtown Evanston.

For now LuLu's is just open for lunch, while the rest of the new three-restaurant complex at 1026 Davis St. is running longer hours.

LuLu's owner Dan Kelch, back in July when the upstairs venue with a roof deck, Five & Dime, first opened, said he was having trouble getting delivery on the furniture for the two downstairs restaurants, LuLu's and Taco Diablo.

Taco Diablo finally opened this fall, and now the trio of dining spots is complete.

Kelch first opened LuLu's nearly quarter century ago, and closed its former location at 804 Davis St. in 2014. Construction started on the new building in the spring of 2015.