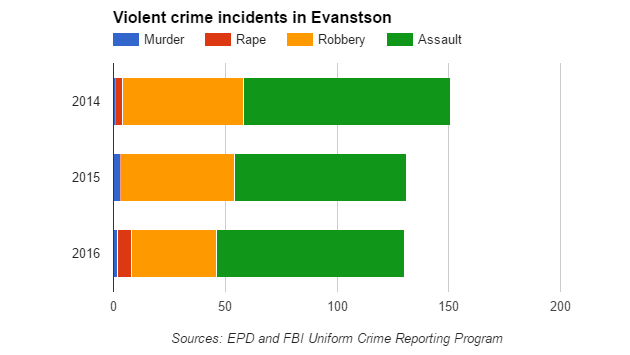 Evanston police this evening announced that major crimes reported to the FBI declined by 7.2 percent last year, with the biggest percentage decreases coming in robbery and theft. 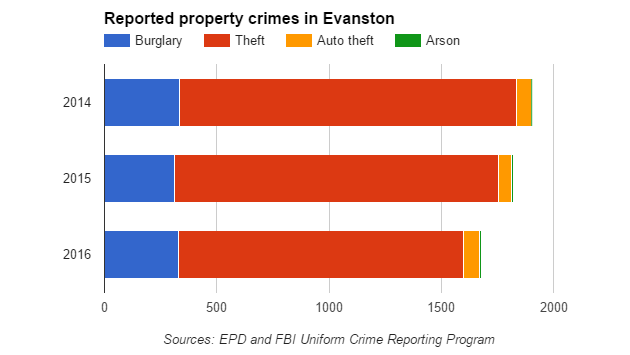 On the heels of a 5 percent crime reduction in 2015, the overall decline since 2014 now stands at nearly 12 percent.

While three key crime categories, including murders, showed declines, five others — rape, aggravated battery/assault, burglary, motor vehicle theft and arson — showed increases, but the total number of incidents in the increasing categories was small enough to not outweigh the declines. 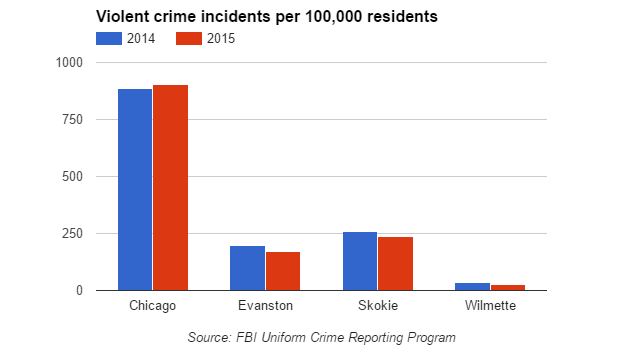 Figures for 2016 haven’t been released yet for most other communities, but FBI figures for 2014 and 2015 show how Evanston compares with its neighbors. 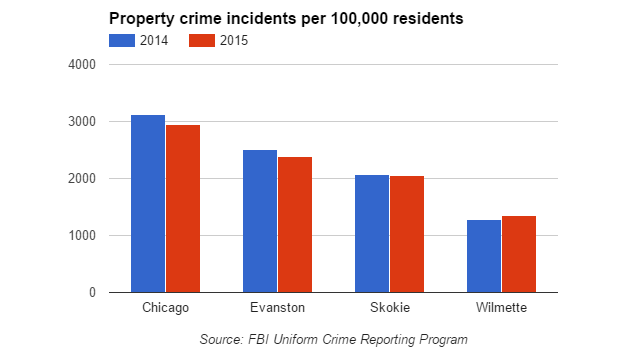 Police Cmdr. Joseph Dugan said at least some of the credit for the decline in thefts should go to a new program from the department’s Problem Solving Team that teaches neighbors how to reduce their risks of becoming a theft victim.

And he said the increase in auto thefts appears to be the result of criminals from Chicago targeting many suburban areas where they’ve discovered they can find unlocked cars with keys readily accessible.