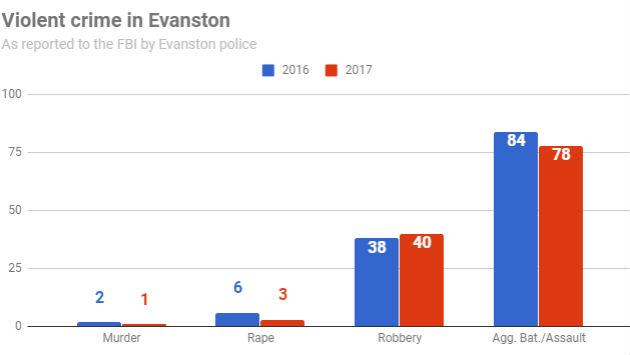 The Evanston Police Department today released statistics that showed an overall increase of 4.9 percent last year in the number of major crimes committed in Evanston, but increases were only registered in two of the eight crime categories.

The eight categories, defined by the FBI as Part 1 crimes, included murder, criminal sexual assault, robbery, aggravated battery/assault, burglary, theft, motor vehicle theft, and arson. Only robberies and thefts recorded increases, while the other six were down. 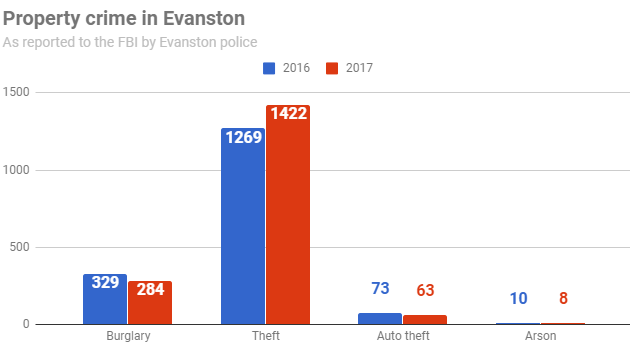 EPD spokesman, Cmdr. Ryan Glew, noting that there were about 193 thefts from unlocked vehicles in 2017, advised residents to lock their vehicles.

There were also a number of thefts, he noticed, of packages from the common areas of buildings or outside residences.

The smallest categories, he said, are murders and criminal sexual assaults. There was just one murder last year, compared with two the previous year, but already we have recorded one murder for 2018.

As for criminal sexual assaults, the number declined from six in 2016 to three last year.

In the other categories, aggragated battery/assault crimes decreased from 84 to 78, burglaries declined from 329 to 284, motor vehicle thefts dropped from 73 to 63, and arson declined from 10 to eight.